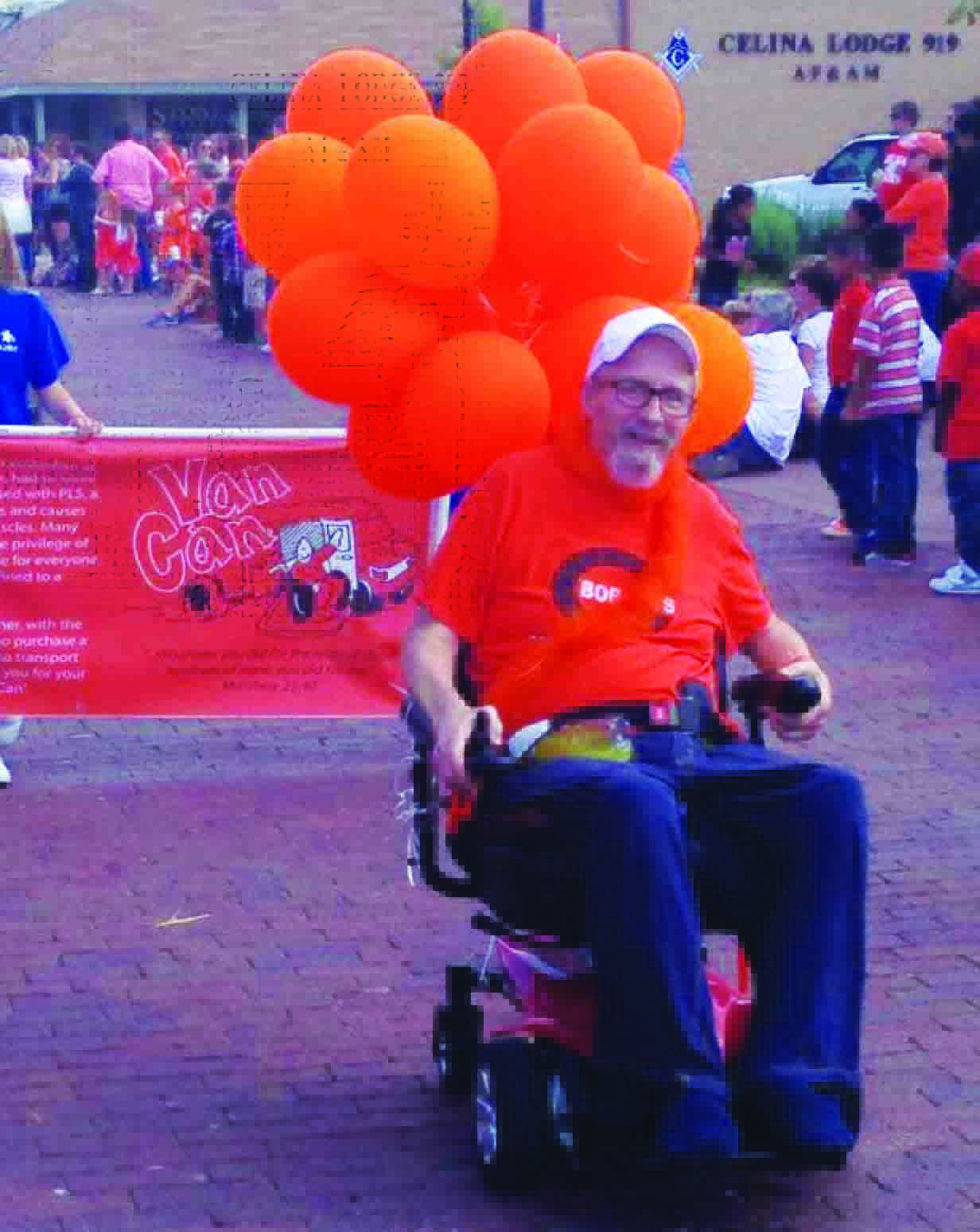 Recently, some of my former high school classmates got together to reminisce. The stories didn’t stop with fond memories of this teacher or that principal—we also remembered our favorite cafeteria lady who always slipped you extra fries, making you the most popular kid at the lunchroom table, or that special custodian whose jokes always brought smiles after a hard exam or a not-so-great day in the life of a teenager.

After many years as a pastor, Doug moved his family to Celina in 2002, and joined Celina ISD full-time in 2007. As a bus driver, Doug made those long trips enjoyable with lots of singing and laughter. As a custodian, Doug would make your birthday special by leading the entire cafeteria in a rousing chorus of “Happy Birthday to You!” Even the cheerleaders could always count on Doug to dress up to the theme of every Spirit Day during football season.

Sounds like Doug is a nice guy who is fun to be around? He is! But that doesn’t even begin to describe who he really is. Doug Pevehouse is a man of immense faith, the father of eight loving children, and an active member of First Baptist Church in Celina. He never sees anything but the positive, and never fails to lend an ear or to offer up a simple prayer of comfort in times of need.

For years, it was common to see Doug biking to his high school job in the wee hours of the morning. But shortly after the 2013-2014 school year began, Doug began to notice some weakness in his legs, and he fell a few times. At first, he attributed it to “old age and clumsiness.” But a visit to the neurologist and several medical tests confirmed that he was in the early stages of Primary Lateral Sclerosis (PLS)—a rare, sudden-onset neuromuscular disease that progressively weakens the voluntary muscles over several years. At this time, the disease has no cure.

While the progression of PLS can vary from years to decades, Doug’s disease progressed rapidly. He was forced to take an early retirement last year, and is now confined to a wheelchair. But his friends, family, and church family will be quick to tell you this has not deterred him.

Celina ISD parent Bridgette Raymond has known Doug ever since her children rode his bus many years ago. She knew how active Doug had been before PLS, and recognized the importance of his remaining as mobile as possible as the disease progressed. When Doug became disabled, she suggested a motorized wheelchair; but with several children in college and the youngest graduating high school in 2017, it was not an affordable item.

With the help of church friends and some great timing, Bridgette was able to obtain a motorized wheelchair for Doug. It has provided more mobility, but he still only has limited access to many of the things he enjoys. So a new idea was born—Van Can!

With the help of CHS Spirit Squads and artwork supplied by Judy Seay, Bridgette organized the distribution of fund-raising cans to area businesses. They hope to raise $10,000 to purchase a handicapped van equipped to take Doug wherever he needs to go. 5T Motors has supplied a beautiful banner and will lead the search for the van, and an account has been established for Doug at the Texas Star Bank in Celina.

Anyone who visits with Doug can only become more inspired by his strength and conviction. Even through the loss of his beloved wife Judy to breast cancer a few years ago, he has remained a solid man of faith. He accepts what life has given him and maintains a remarkably positive and upbeat attitude. He is an inspiration to everyone who knows him.

While many would be overwhelmed and discouraged with the challenges of living with a disease like PLS, Doug’s only regret is that he can no longer spend lunch hours in the high school cafeteria, offering up his advice and wisdom to the students and faculty he has grown to love. So he remains in our hearts, and will continue to create memories for so many throughout our community and district.

For more information or to help fund Van Can, visit their “VanCan” Facebook page!