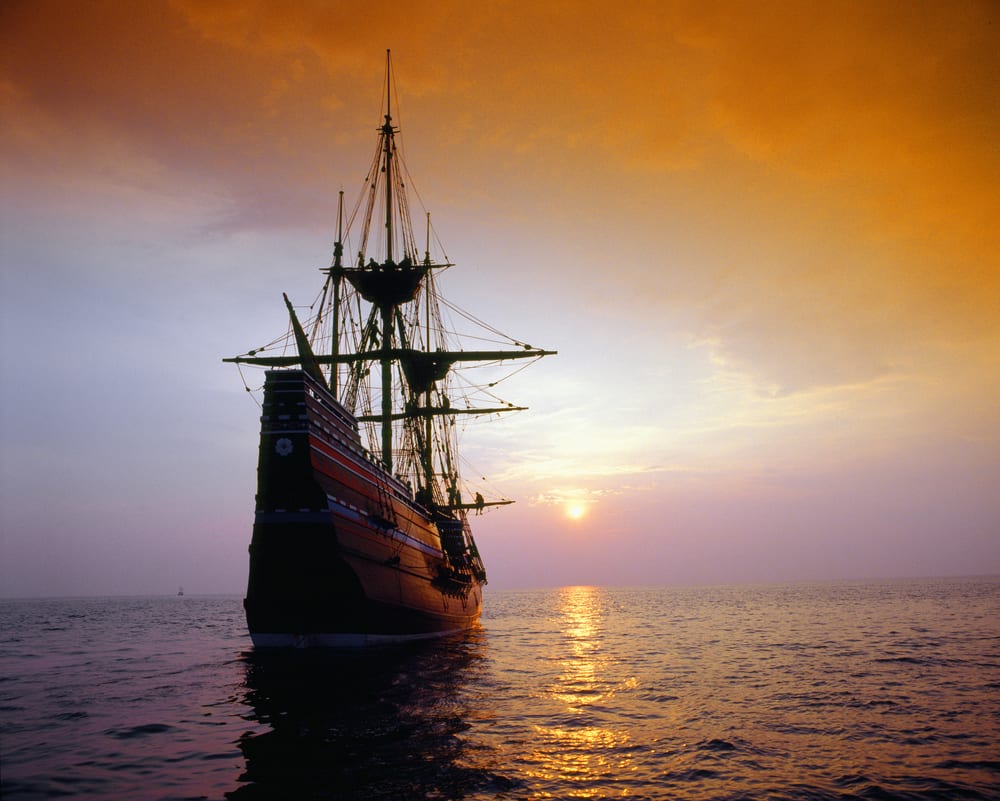 As the weather turns cool and the sun’s rays begin to slant toward the earth making deep shadows, I think of pumpkins, Pilgrims, and Thanksgiving. We sometimes give only a cursory acknowledgement to those brave souls who came from Europe to found what is now America. I think their challenges and achievements deserve a brief historic review.

In 1534, King Henry VIII declared himself head of the new Church of England, thereby ousting the Catholic religion. Although he made sweeping changes, the “Puritans,” so named because they wanted to return to the early Christians’ simpler worship, and “Separatists” did not feel that the changes were significant enough. These were dangerous and illegal ideas punishable by the state.

The Separatist church congregation, who eventually came to New England, was from Scrooby County, England. When they chose to no longer endure the harsh treatment in England, they relocated first to Amsterdam, then to Leiden, Netherlands. Children and adults worked under severe conditions. Some older children were lured away to become soldiers and sailors. The elders were concerned that the group was losing its English cultural identity. They wanted their families  to  live  in  better  conditions,  where the  Church  was  at  the  center  of  their  lives and  where, through  their  own  hard  work, they  could  own  farms  and  businesses. After about twelve years in Holland, they came upon a daring idea.

Their intent was to join the Virginia Colony in what is now New York, and to make a living farming. They entered into a contract with investors to send fish, timber and furs as well as other resources to England in exchange for provisions and passage to the New World. The investors would own the land and the Pilgrims’ houses for seven years, at which time all of the assets would be divided between the investors and settlers.

The congregation purchased what turned out to be a leaky ship named the “Speedwell.” It left Holland and joined the investors’ rented ship, the “Mayflower,” in Southampton, England. Both ships left for the colonies but had to return to England for repairs twice due to the incapacity of the Speedwell. Finally, after a month, the Mayflower set out alone and arrived 66 days later on December 16, 1620.

Due to the many delays, they arrived in North America in the dead of winter. Because of the lack of proper food and housing, many colonists became ill and died. Of the original 102 on board the Mayflower, only 52 survived the first year.

After such an arduous year, the Pilgrims were ready to celebrate their plentiful harvest. They gave thanks to God for the success of their crops and the health of their families. The fifty “coat men,” the name given to the English by the Wampanoag, joined their Native American friends (ninety men) at the Thanksgiving feast that lasted three days.

In 1621, the food, eating utensils (or lack of them!), clothing, games and songs would be strange to us today. But we both find it intrinsically important to be with family and friends and to give thanks for our many blessings. We are really not so different at all.