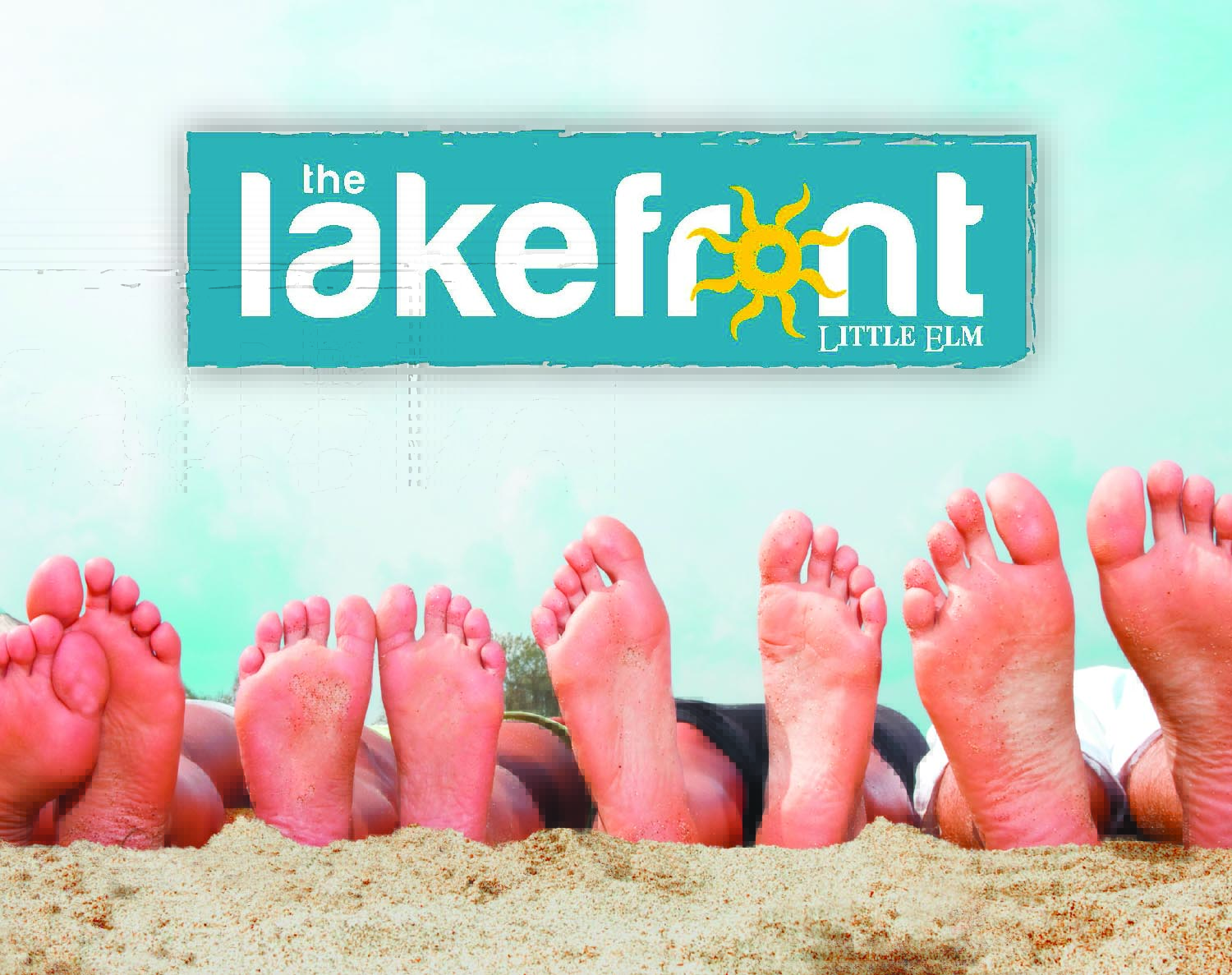 Little Elm’s emerging Lakefront District, encompassing the Town’s distinctive peninsula, has technically been in the making since 1954.  That’s the year the Army Corps of Engineers completed the dam that created Lewisville Lake, combining Lake Dallas, Hickory Creek and Little Elm Creek, essentially finalizing the contours of the lake’s current perimeter.

“The Lakefront District is our town center,” says Little Elm Mayor David Hillock.  “When fully completed, it will be the heart and soul of Little Elm, where people gather on Sundays after church to eat, socialize and take advantage of Little Elm’s quality of life.”

More than that, though, it will also be the center of a thriving complex of hip eateries, clubs, family entertainment centers and fashionable living venues.

Already home to the Hydrous Wakeboard Park, Towers Tap House, Hula Hut, Cottonwood Marina, Beard Park, and all of the amenities in Little Elm Park, the Lakefront District is soon to offer a greater diversity of food and entertainment choices.  Add to that the Public Library, Senior Center, Recreation Center, and lakeside trails system, and you’ve got the makings of a town center that has something for virtually everyone in the family.

Little Elm’s Town Manager Matt Mueller says the draw of the swim beach at Little Elm Park, though, is one of the principal reasons the Town stands out as unique and appealing.

“Making the most of that distinctive feature is, of course, important to us” he said.  “The enhancements to the beach that we’ve put in place and those that will continue to be added all make the Little Elm Lakefront District unlike anything else in the region.”

Jason Laumer, Development Services Director, remembers very clearly when the Lakefront District began to gain steam.  “Talk of a town center was still being discussed about even as recently as five or six years ago,” he said.  “Some people were thinking that Main Street would become your traditional downtown area.”  But, the gravitational pull of the lake and its uniqueness was still strong and in fact gaining strength.

Hillock says that once the feasibility of creating a district that took full advantage of the lake’s desirability was recognized, and accepted as not only possible but necessary, there was no turning back.

The Lakefront District was officially sanctioned.  Work then began at the staff level, among the Council and in fact throughout the town, to map out the district, define its direction, and recruit the fundamental  elements.  Public  meetings  were held, concepts were proposed, ideas were discussed, and dreams were shared, all with an eye toward keeping Little Elm from becoming a cookie-cutter community.

Once agreement was reached on getting the most out of what made Little Elm different, the green light was on.

“The real work was ahead of us,” said Hillock.  “The Economic Development Corporation was key to our efforts at purchasing the land that would give life to our vision.  The construction of Town Hall, the reconstruction of Eldorado Parkway, and eventually, the improvements at Little Elm Park and Beard Park were all crucial to the process.”

There’s no mistaking, though, that the centerpiece of the area is the highly-popular Little Elm Park Beach.

The beach, a free and open swim and play area, is back to where it was before the rains of last spring.  The lake waters that covered the beach, inundated the sand volleyball courts, and generally made the area unusable have all receded, leaving no trace of the flooding.

A small amount of sand did erode, but no more than generally lost to wind and pedestrians.  The sand, by the way, is a finer grade that one would find on beaches elsewhere and is ordered specifically for the local beach.  It is groomed and cleaned regularly and gives the Little Elm Beach an appeal not generally seen by swimmers and picnickers at other lakeside or seaside shores.

“We have a pride in the quality of the sand on the beach,” said Mueller.  “It’s at a level that everyone should find very pleasant.”

In addition to access to the water and plenty  of  area  for  lounging,  the  beach  also features safety fire pits, available on a first-come, first-serve basis for controlled and contained fires.

Several beach volleyball courts have the added advantage of nighttime illumination, making them available for virtually uninterrupted play.  The regulation-height nets are up and in good order.  These beach courts are paralleled by similar courts in the grassy play area of the park, next to the newly revamped children’s playground.

Replacing a playground that had been in place for several years, the new play area features the latest in safety-tested equipment.  The underlying floor of the playground has been chosen for its soft, giving surface, limiting dangers associated with falls.  Innovative sunshades made of stretched weather-resistant, color-coordinated tarps add to the playground’s enjoyment.

Even with the addition of significant parking spaces, the park’s natural allure has not diminished as an inviting canopy of mature and healthy trees blanket large swaths of undisturbed parkland.  Trails, picnic areas, open play spaces, and camping sites all offer a visual pageantry of nature’s spectacular features within the park.

An amphitheater, pavilion and manicured fields for organized sports play, and the connecting sidewalks round out the high-walkable park’s amenities.

To take full advantage of this uncommon resource, the Town has placed an emphasis on creating and promoting special seasonal events that cater to people in the local and surrounding regions.  Among these are multi-day events during Christmas, Mardi Gras, Fourth of July, and Halloween.  Other summertime events include concerts, as well as programs and activities that take full advantage of the lake such as paddle boarding and light-hearted regattas.

“Our goal is to offer an experience that can’t be duplicated elsewhere,” said Mueller. “A family, a group of friends, or anyone just looking for good, clean entertainment can visit the park and easily find something for everyone.”

For those who enjoy watercraft-based entertainment, the Town has a variety of options as well.  Boat owners can make use of either the Town’s courtesy dock or the  nearby Cottonwood Marina.  Boat rentals or a membership to the  Nautical Boat Club are also available for those who enjoy boating but prefer not to own a craft.

And, nourishment for the family is never an issue.  Offering a delectable menu of family fare  are  Hula  Hut  and  Towers  Tap  House along   with  a  myriad  of  other  restaurants   and   fast   food  locations   in  and   around the Lakefront. Affordable,  quality  dining  for groups and individuals, along    with  fully-stocked beverage stations, are sure to  please  even  the most discerning visitors to the area.

“Other distinctive food and drink choices are coming to the Lakefront District soon,” he said.  “The area will be even more attractive to both daytime and nighttime diners and guests.  We’re also looking at other entertainment offerings that will enhance the overall experience.  It will be a place to bring friends and visiting relatives and ensure that everyone has a good time.”

The arrival of Hydrous, the Tap House, Hula Hut and the impending construction of high-end apartments across the street are all steps in the journey toward completion of that vision.

On the near horizon are several more name-brand restaurants, retail shops and other highly-desirable amenities that will greatly enhance the Lakefront District concept.

Little Elm’s “town with a lake attitude” motto will mean much more in the coming months as the little town that was almost gobbled up by the lake will turn the tables on it very nicely.