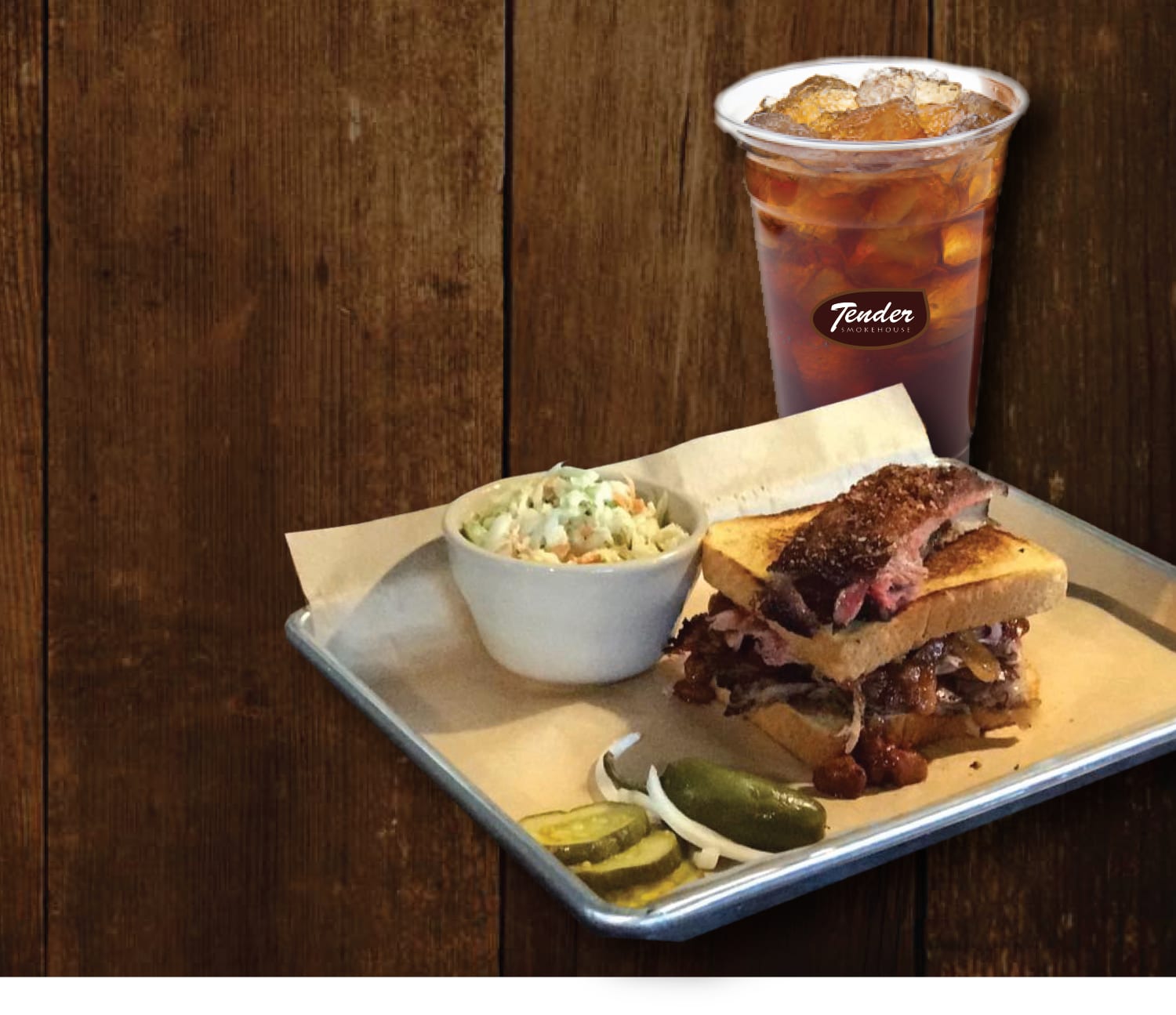 Have you ever spoken to someone over the phone you could “hear” smiling? Dante Ramirez is one of those people. As he spoke about his decades in the food and beverage industry, the passion for his barbeque restaurant, Tender Smokehouse, and love for service came through loud and clear. Dante was born with restaurants in his blood; from a young age he was engaged with cooking and he studied Restaurant, Hotel Management at Texas Tech. He then came to Dallas to work in the hospitality industry.

Dante spent decades managing and catering for several restaurants, even working with Gene Street to create a catering division for his restaurants. He also worked for years in the restaurant  industry, eventually becoming the GM for Red HOT and Blue, and later he was recruited to work for Bone Daddy’s. There, he rediscovered his love for barbeque.

His success at Bone Daddy’s led him and his girlfriend (now business partner), Audrea Weimer, to open their own restaurant. Once the timing was right, preparations began. Though not the initial location they secured, they knew Celina was the right location. They partnered up with Eddie Bell and Torii and Katrina Hunter, together creating Tender Smokehouse.

Dante did the work on the restaurant himself. The renovation was a major project, but a labor of love, one he’s glad he did. “My wife says I’ve touched every square inch of this place. I’m glad too, because I now understand construction costs and will be better prepared when we open additional locations.” The team, outside of their daily responsibilities, pitched in to make it all come together, and still to this day can be found handling everything from operations to customer service.

Dante and his partners have big plans for the future, hoping to open a total of five locations throughout Texas in the next several years. They are looking into smaller communities, hoping to replicate the home-town feel of their Celina restaurant. While duplicating locations may be a challenge, re-creating the amazing barbeque will not. Dante has a gift not only used in his own business, but sought after by other restaurants and caterers all over the world. He consults with owners on operations and beyond, as well as teaching them the secrets of great-tasting barbeque.

For Dante and his partners, the number five is significant. The menu at Tender Smokehouse is based on simplicity: no more than five meats, five ingredients, and five sides. There are also five partners; the restaurant is open five days a week; and hopefully there will eventually be five locations. In some cultures, five is considered the number of grace, and the partners at Tender Smokehouse definitely seem to have the grace to do barbeque!

Tender Smokehouse is committed to the advancement of their community and donates time and food when able. Recently, they sponsored a poker tournament for the Celina Police Association, the proceeds of which go to police offers who’ve been injured in the line of duty. Dante and his partners realize customer loyalty contributes to their success and they are thrilled to be an active part of the growing Celina community.

Check out their amazing reviews