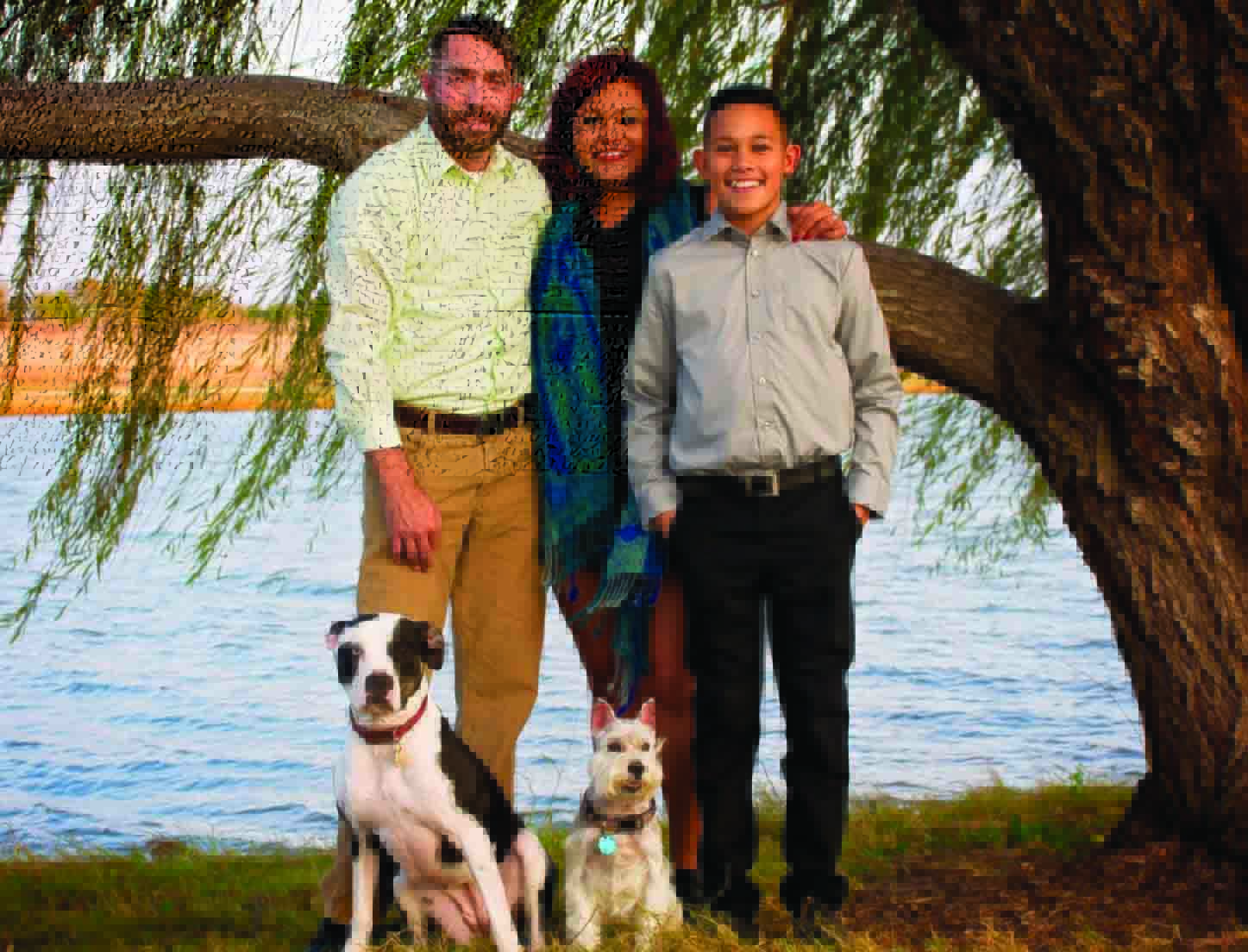 13 Dec SPARED TO SAVE OTHERS BY LISA JENKINS-MOORE

Anyone who has lived very long knows life is rarely fair and things can change in an instant.

Ian Baldwin, a retired marine, received a debilitating blow while in service assigned to the Marine Core Joint Task Force-Reconnaissance Battalion; he was severely wounded during a mission and forced to retire his position. Though physically injured and left with a limp, Ian’s emotional and mental scars were even greater. His darkest moments consumed him as horrific memories flooded his mind and pushed him into isolation. Friends and family didn’t understand and Ian felt alone and hopeless hiding secrets and harboring guilt for all he’d seen and done.

Pushed to the brink, Ian tried to take his life. But God intervened and the gun misfired. Shaken and grateful, he knew he’d been given another chance. Ian determined he’d not only recover, he’d help others do the same. Together with his new wife, Karina, Ian took classes to become a certified counselor for other veterans. He and Karina spent countless hours in training, both becoming Certified Peer Specialists; Ian is also a Support Group Facilitator.  Ian and Karina work through the Military Veteran Peer Network, Texas Veterans Commission and Texas Veterans Organization.

John Hooker, the owner of Pristine Car Wash in Forney has witnessed Ian’s exceptional resilience and commitment to excellence. As the manager, Ian has proved himself a true servant-leader, tending to every detail needed to run a successful carwash. John says, “I work seven days a week, but having Ian allows me to take some time away. I know when he’s there everything will be done as it should be.” Former military himself, John knows how difficult returning from the line of duty can be. “People often come back with their demons and some never recover; Ian struggled for years, but came out an exceptional human being. He didn’t become bitter because of his experience; he overcame them and determined to help others do the same.” John honors Ian’s family life as well. He’s watched Ian take Karina’s son under his wing and they have a special relationship. Ian considers 13-year old Yadel his own son, and Yadel calls Ian “Dad.” The three hope to make it official through adoption in the near future.

Ian says, “First and foremost, I’m a family man. My calling in this world is to serve others. Jesus has kept me from harm so many times and He is the inspiration in my life to help others.”  Ian graduated from the Wentworth Military Academy with honors and was honorably discharged because of his injuries. In service, his unit’s motto was, “Never above you, never below you, always beside you.” Ian has taken that motto from the actual battlefield into the battle of life. He says, “So many are struggling and they need to know someone understands and can help.” Ian’s story, his genuine concern, and empathetic compassion are saving lives. By becoming more proactive, numerous suicides have been prevented.

When not working or helping veterans, Ian attends church with his family at C-Life in Forney.  They serve the community through small groups and lend support to the youth and to missions.