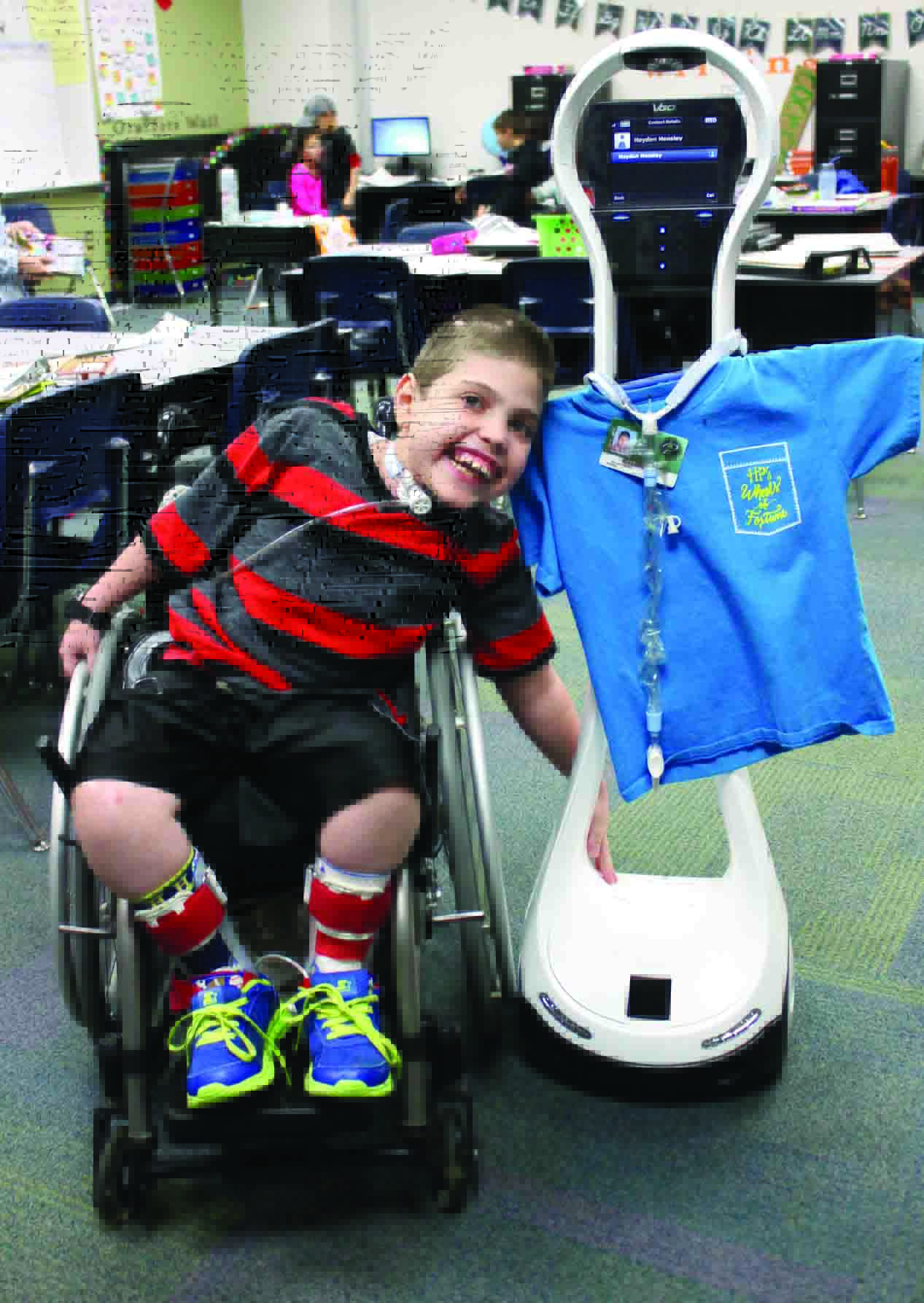 We all know the joys of being together with our friends at school. We share thoughts, secrets, learning, and activities, but most of all we share our germs. YUCK! Although we have an amazing crew of cleaning helpers and we do all we can to clean the germs every day, we know flu season comes every year.

This season can be even more difficult for our friends with different forms of lifelong illness. This holds true for our special little man at Cockrell Elementary, Hayden Hensley. Hayden was born with a severe form of Spina Bifida. His condition is delicate, but that does not hold him down. With a nurse by his side, he is able to participate and function alongside all his other friends in a school setting. Yet, when the flu season comes, it can be extremely difficult for him.

Last season, Hayden contracted pneumonia back to back. He had to stay at the hospital for a while to heal, yet his desire to be at school and be with his teachers and friends kept his spirits high. He is a fighter and a joy and there was a need to meet. That is when Hayden’s Occupation Specialist, Kristin Sicard, recalled a training she had just attended and brought in the help of the Prosper ISD Student Support Services and Technology Department to support Hayden with his need to stay home until the flu season passed.

Region 10 Education Service Center was called on by Jim Hysaw, PISD’s chief technology officer (CTO) to support Hayden’s cause and bring Hayden back into the classroom. Region 10 provided the technology with the help of Reggie’s Robots. As found on their website (http://www.region10.org/reggies-robots/), “This program utilizes VGo Robots, an innovative solution that allows students to attend classes via interactive video conferencing while recovering from long-term illness, injury, or other factors requiring the student to be homebound or not able to be present in the classroom.”

This is exactly what Hayden needed. Hayden is a comedian at heart, thriving on the relationship of his peers and anyone who is blessed to come into relationship with him.

This amazingly smart boy had no trouble connecting to his classroom through a computer station at home and his robot he called “Wallykazam,” which was later shortened to Wally. Wally wore one of Hayden’s Spina Bifida Walk ’n’ Roll tee-shirts and a trach with a suction catheter attached, just like Hayden wears. The robot went to the library or to other special events held in school. Sometimes Hayden would join in and sometimes he couldn’t, but no matter when, the students in his classroom received him and communicated with him as if he was there physically, whenever he logged in.

“The kids loved having the robot because it still allowed them to see Hayden and interact with him. The students would say that they would rather have Hayden in the class, but Wally quickly became a part of the classroom and routines,” said Mrs. Nelson.

Students took turns being Wally’s “Bot Buddy.” Hayden was able to participate with the same work his peers did throughout the day. He used a light feature on the robot to indicate he was raising his hand in class.

According to Mrs. Hensley, “Hayden loved the robot. After being hospitalized for about 17 days in six weeks, he was desperately missing his friends. He was thrilled to have the opportunity to ‘see’ and socialize as part of his day.”

Mrs. Hensley added that Region 10 was phenomenal to work with.

“From the first day they came out to set up the robot and install the program, to working out those initial kinks in the first few days, the representatives from Region 10 were excited to help us and made sure we were always operating,” said Mrs. Hensley.  Lori Aden, part of the Region 10 team, was a resource the family could depend on. Together with PISD, a bridge was built between the class and home to meet Hayden’s needs and keep him on track.

A sentiment shared by Hayden’s mom is one shared by all, “We are so thankful he had this opportunity to learn with his peers and participate in challenging academics while keeping his fragile immune system intact.”