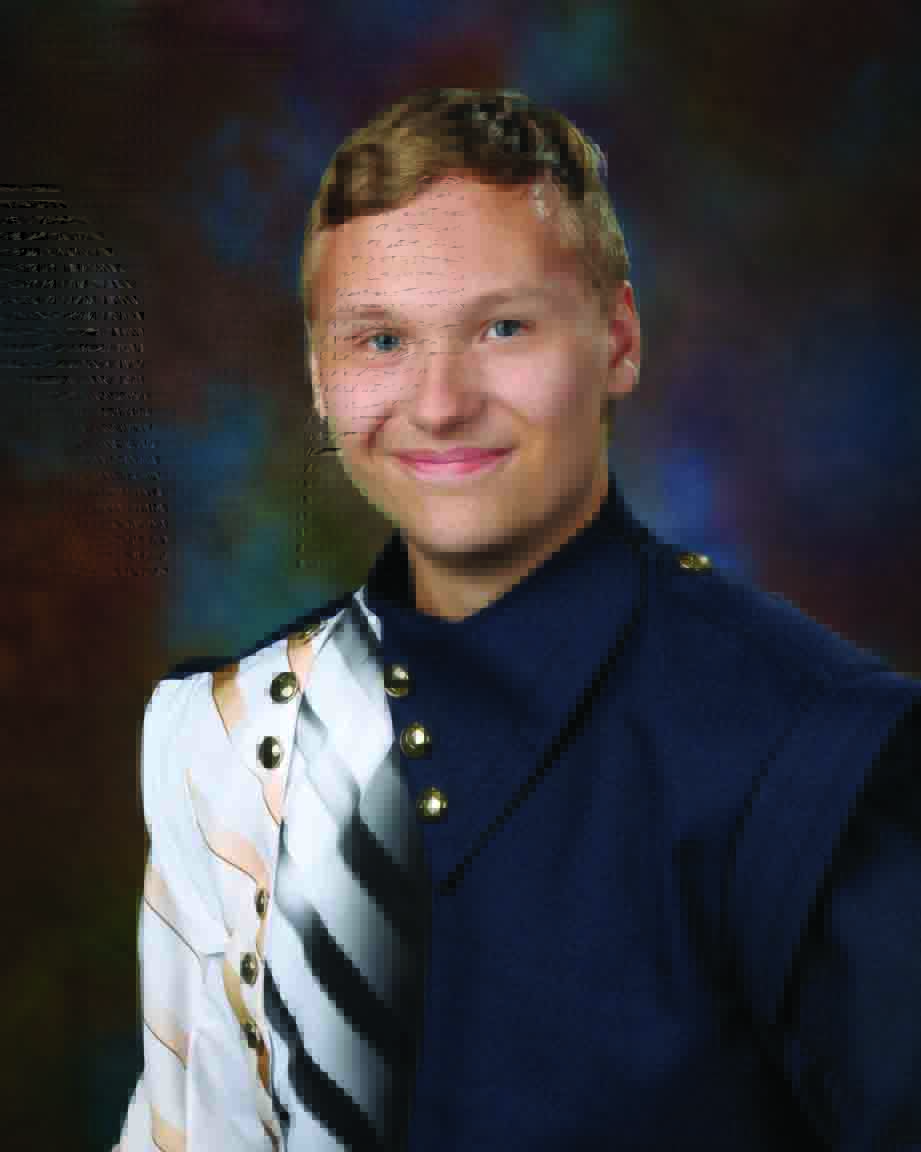 It takes most musicians years to realize their dreams of publishing their music and hearing it performed, but Little Elm senior Harrison Collins has been seeing his dreams come true since eighth grade. Harrison discovered music in sixth grade when he joined the band, starting with the clarinet and moving on to the bassoon after one semester. Although he had initially thought acting and theater would be his passion, a love for music quickly took hold.

In middle school, after playing in band for several years, he thought, “Why stick to what other people are writing when I can write my own music?”  He got permission from his eighth-grade band director to write a piece for the band, and with a little iPad his parents bought him, he wrote his first three-minute piece of music in two weeks.  Titled “Clash,” the piece was performed by his school band for their final concert of the year, and he got to stand at the podium in front of a packed gym and conduct it.  “It was incredible to say the least,” he says. “From there, I was all in.”

His next goal was to get his music published—a lofty and challenging goal for a young composer.  His band director, Donald Gee, put Harrison in touch with his college roommate who was the head of Grand Mesa Music Publishers, and Harrison submitted “Clash.”  Although his piece was initially rejected, Harrison was given suggestions on what he could do to make it better, and six months later, after he’d made the suggested tweaks, “Clash” was accepted for publication.

Each success propelled Harrison to the next.  He kept writing music and during his sophomore year of high school, he entered a piece he’d written in two weeks called “Ecstatic Noise” in the Sam Houston State University Carson Thomas Miller Texas Emerging Composers  Competition.   In  January  of 2016, he  was  notified  he  was  the  first-place winner, and in the spring, he got to hear his piece performed at Sam Houston State.

He began entering more music writing competitions, including the Fifteen Minutes of Fame competitions, a project of Vox Novus. He had a piece he wrote for a solo bassoonist chosen for the competition, as well as a second ensemble piece that was selected and played by West Point, regarded as one of the best bands in the country.  “It was a great honor,” Harrison says of hearing his piece, “Urgency,” performed by West Point in a church chapel in New York as part of a 9/11 memorial service.

His biggest success to date occurred last year, when a piece of music he wrote for orchestra based on a short story he wrote in ninth grade was selected as one of three winning compositions in the National Young Composers Challenge.  In November, he flew to Orlando to hear “The Paperman” (“probably still the best thing I’ve written yet,” he says) performed by the Orlando Philharmonic Orchestra, and received a professional recording of the music along with a cash prize.

Harrison’s trajectory to fame is seemingly unstoppable.  He has signed a contract with C. Alan  to publish another piece of his music in the summer of 2018, and he recently had his first commissioned piece commissioned by LeAndre Benton, the Associate Director of Bands at Little Elm High School.  In a fitting end to Harrison’s high school career, “The Hymn of Ys,” based on “The Engulfed Cathedral” by Claude Debussy, will be performed by the Little Elm High School wind ensemble, including Harrison, for their final concert.  Harrison plans to study music composition with Dr. Roy Magnuson at Illinois State University in the fall.