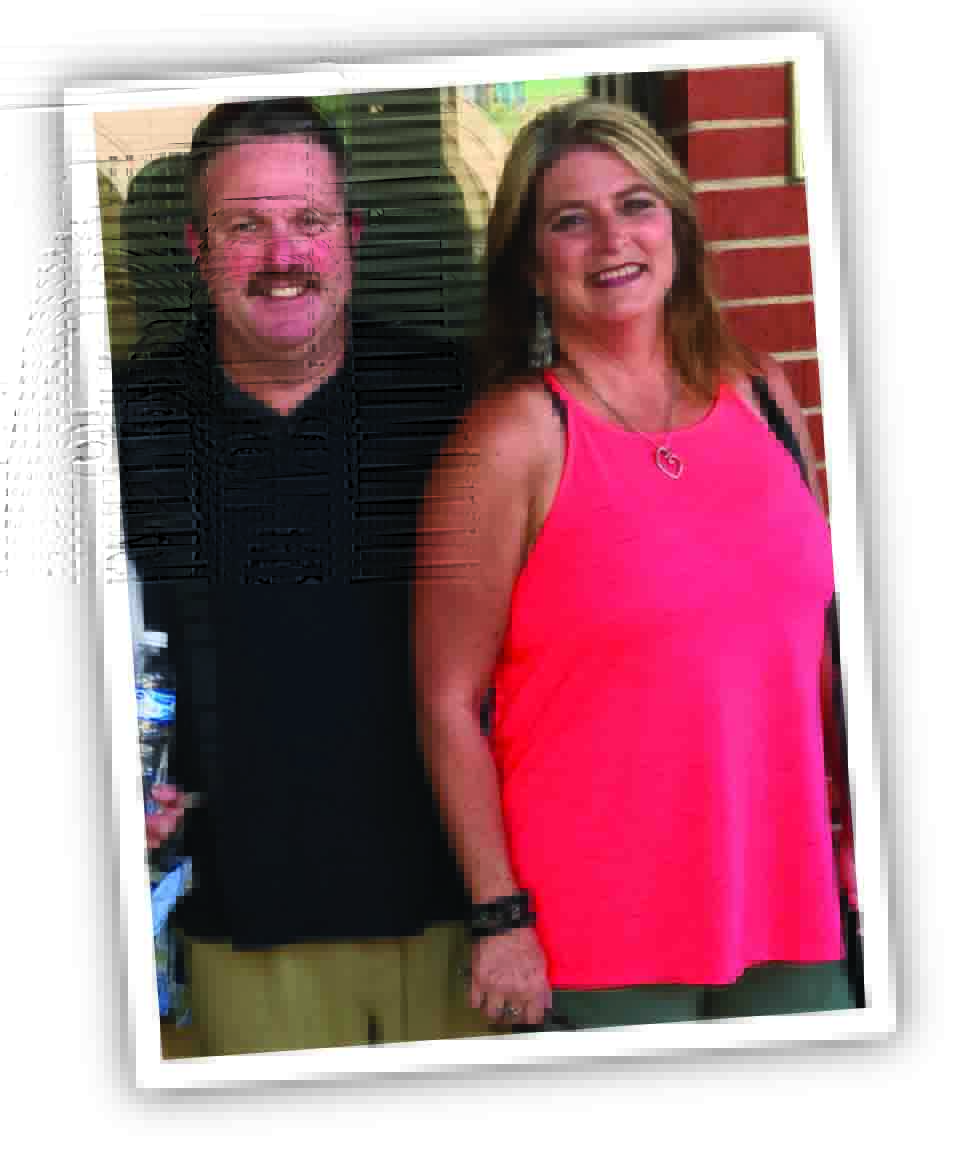 10 Feb IN A HEARTBEAT BY LISA FERGUSON Forney woman credits firefighter husband and others for saving her life.

The fact that Michelle Ray is alive today is nothing short of miraculous. In October, the longtime Forney resident experienced an episode of sudden cardiac arrest, during which she had no heartbeat and did not breathe on her own for more than 15 minutes. Were it not for the quick actions of Forney firefighter—including her husband, David Ray, a lieutenant at Station No. 2—emergency medical technicians and others, she likely would not have survived.

That day Michelle and David, who own Hook and Ladder Gutter Company, were working on a gutter-installation job with their employee, fellow Forney firefighter Josh Hillis, at a home in the Winners Circle Estates subdivision. Michelle felt a pain in the middle of her chest and alerted the men she was going to sit down and rest in their company trailer. A few minutes later, she said, David looked up from his work to ask how she was feeling. “Before I could answer him, I was gone,” she said. “I fell straight out of the trailer and onto the ground.”

Within seconds David, Hillis, and the homeowner, retired Dallas firefighter Don Cowan, began performing CPR on 53-year-old Michelle. “They did all the compressions, and David did all the breathing,” she explained. Following a 9-1-1 call, Forney Fire Department and Care Flite ambulance crews arrived on the scene and began advanced life-saving measures which included administering medications and oxygen, and shocking her heart with a defibrillator.

Forney Fire Department Chief Rick Townsend said the call was “a major concern” for firefighters, not only because most of the first responders that day knew the Rays personally, but also because typically on active CPR situations, “It’s very rare that you revive somebody. We were just very blessed that this came out the way that it did.”

Michelle was transported to Baylor Scott & White Medical Center Sunnyvale where it was determined a blood clot had lodged in her heart, causing it to stop. During the first few days of her weeklong stay, Forney firefighters were stationed around the clock in the waiting room. She was also visited by members of the Garland Fire Department, for which the couple’s son, Cody Ray, works as a rookie firefighter. “The hospital [staff] wanted to know who the celebrity was,” David joked.

“It was just little Michelle.” That firefighters showed such strong  support for the couple  doesn’t  surprise him. “It’s a very close-knit   family. You lean on these guys to protect you every single day so that you can go home to your family.”

Last  December,  during  an end-of-the-year banquet, several members of the Forney Fire Department who responded to the CPR call involving Michelle were presented Lifesaving Awards, which is one of the department’s highest employee honors. Among them were firefighters from Station No. 1, as well as David Ray and Josh Hillis. Meanwhile, Cowan and the Care Flite ambulance crew were awarded Lifesaving Certificates of Appreciation. “It was just a great group effort by everyone involved,” Townsend said.

No one is more grateful than Michelle for the efforts of all involved that day. “We’re very blessed, and we definitely feel like it was a miracle,” she said. “It was a lot of hard work from everybody, doing what they needed to do and knowing the right things to do to take care of me. Between God and the fire department, I am here.”