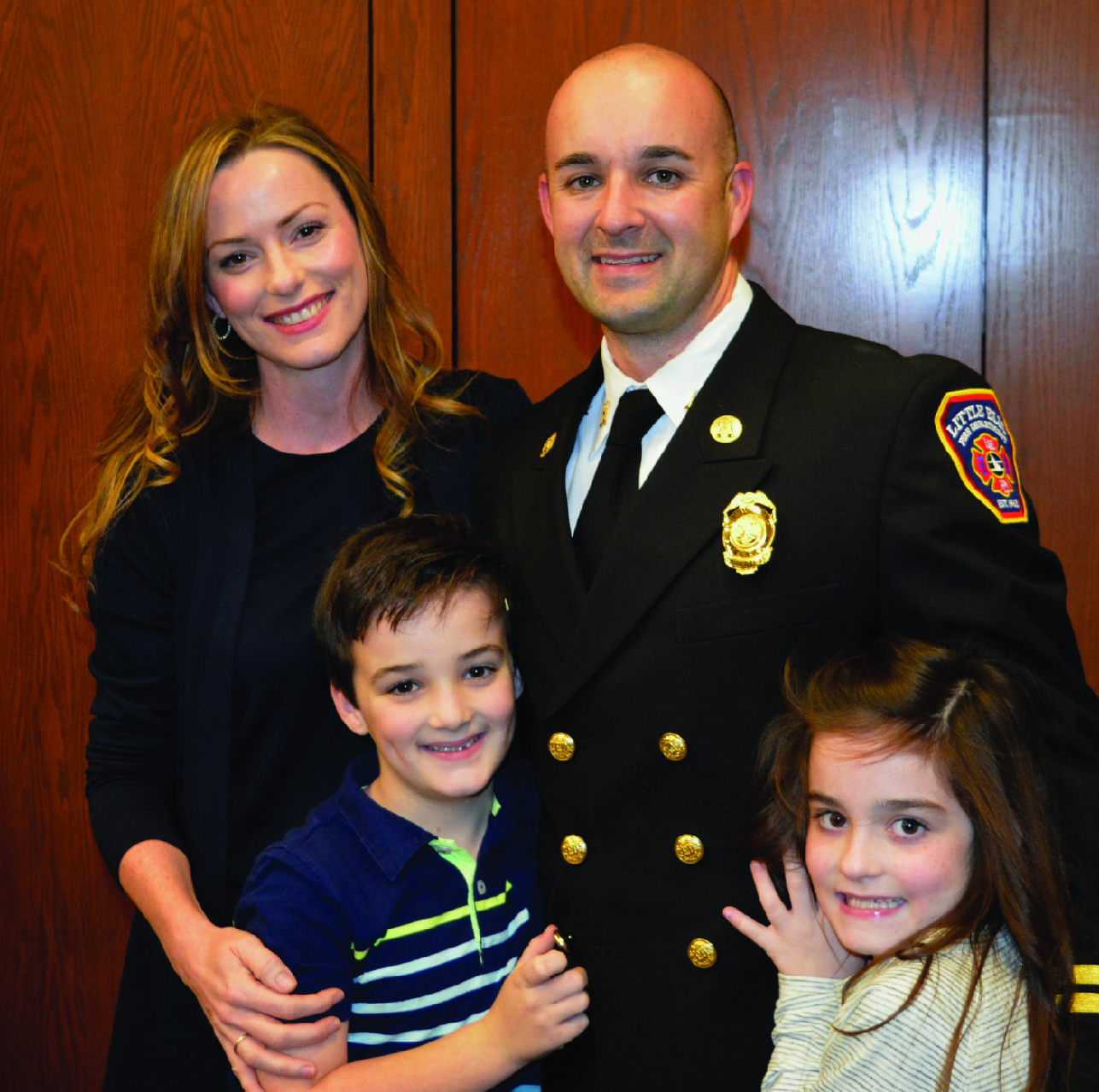 Battalion Chief Clint Long has been with the Little Elm Fire Department for over fifteen years. He’s watched the city grow from a population of less than 4000 to one over 35,000. Initially, yearly calls were about 1000 and now they are four times that. Like most stations

the, majority of calls are for medical emergencies. However, he chuckles as he recalls some of the more stereo-typical calls they sometimes receive—you guessed it—cats “stuck” in trees.

One particular “cat-call” was quite memorable. A resident was concerned about a cat lodged in a tall tree. Clint and his crew tried in vain to dislodge the cat, but their ladders weren’t long enough and the cat wouldn’t cooperate. Jokingly, they told the resident, “The only way that cat is coming down is if we chop down the tree.” To their surprise she responded, “Okay, do it.” The firemen chopped down the tree, and the cat scrambled away.  To that, the firemen asked the resident if she wanted them to capture the cat, to which she replied, “Oh, it’s not my cat!”

Of course, being a first responder is not all so light-hearted. The hardest part of the job, Clint explained, are calls dealing with injured children. But, like most in his position, he feels compelled to give back to his community, and providing help in times of crisis is one of the most effective ways to make a difference. Additionally, Clint enjoys his leadership role, teaching and watching others learn and grow. He says, “It’s such an honor to provide accountability to a great team and watch individuals advance through the ranks. I enjoy watching my teammate’s progress through their careers.”

As one of the very first Battalion Chiefs in the organization, Clint explains the function of his role: “There is one Battalion Chief assigned per shift. One of my responsibilities is to oversee all personnel issues, including staffing and management, as well as making sure all equipment is staffed accordingly and everything needed for an emergency call is in place and ready to respond. In addition, the BC becomes the scene commander in situations where additional assistance is needed.”

Little Elm Fire Department has a total of 65 full time employees including the eight member admin staff that do the necessary projects to keep the department running behind the scenes. In the field, there are 19 members per shift (3 shifts) which accounts for 57 of their hard working employees. They are the backbone of the department, the faces the public sees when they call 911 for help, and the ones putting their lives on the line every day. They currently have one female firefighter/paramedic.

Individuals begin in the field as firefighter/paramedics, staffing the ambulance and fire engine. From there, they can test to become Driver/Engineers, whose main function is to be in charge of the fire truck and be an expert on all of its equipment.  The Driver/Engineer also acts as the Company Officer when the Captain is off for the shift, which is why they also place an emphasis on training in leadership and management skills. They then may have the opportunity to advance to Captain and manage the personnel at the fire station and all incidents. Battalion Chief is the highest ranking shift position which oversees all stations, staff, and operations during the shift. Clint is one of only three Battalion Chiefs in Little Elm.

When not on the job, Clint enjoys traveling with his wife and twins, Grayson and Addie.  They like to camp, hike, mountain bike, and take educational fieldtrips. Clint and his wife, Lisa, also own and operate a courier and freight shipping business, Metroplex Cartage LLC. Lisa runs the day-to-day management of the business while Clint handles the operations.