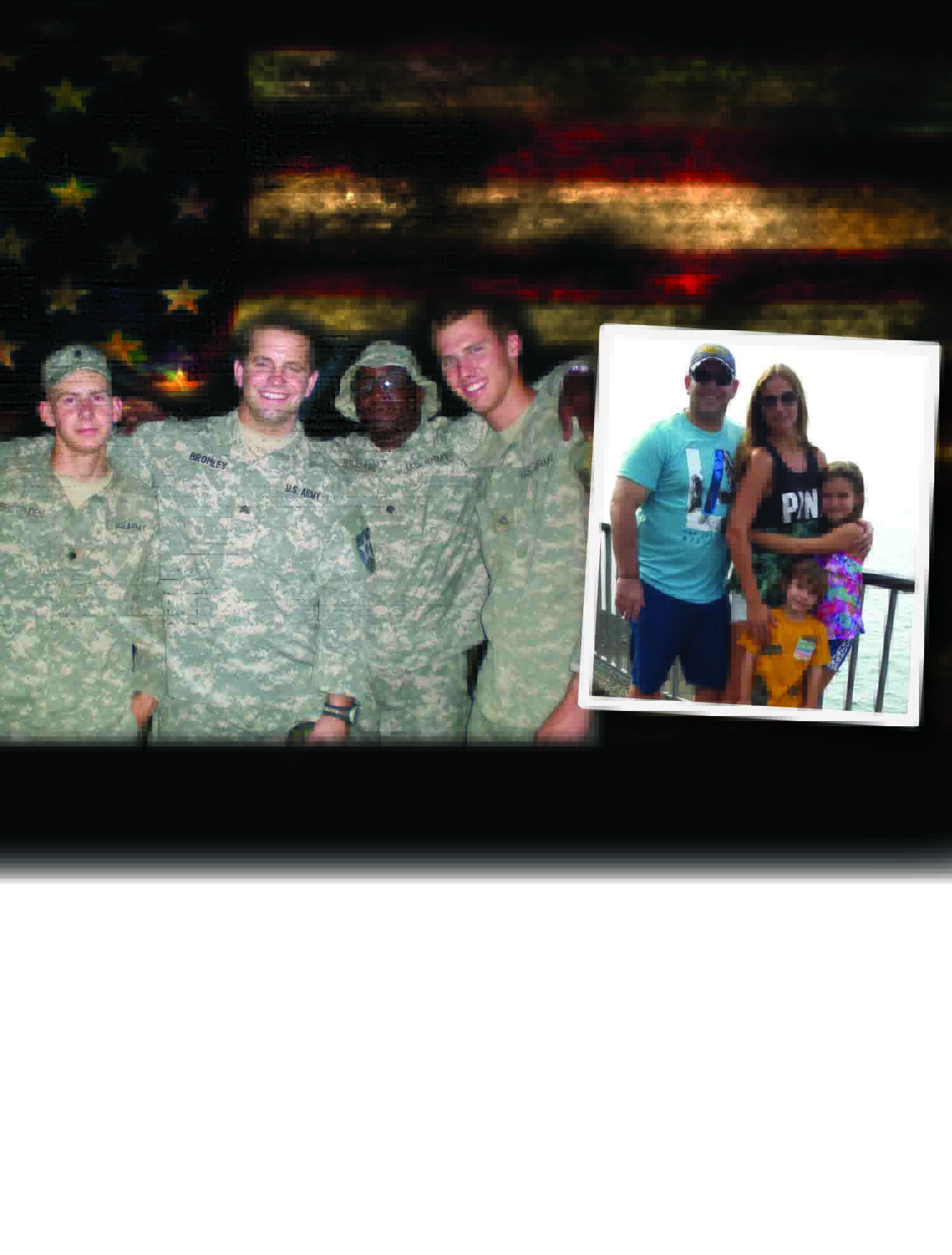 08 Apr FOR WILL BROMLEY, Serving His Country Was A Life-Changing Experience BY WENDELL BARNHOUSE

Describing Will Bromley as “typical” is a compliment, not a put down. He followed a familiar path many others have tread. In doing so, he has served his country and improved his lot in life. Simply stated, that is praiseworthy.

Bromley, 36, is like thousands of other young Americans. His life was changed through military service. Before joining the Army, Bromley was like any other male Texas teenager. He played football at Forney High School and he wanted to keep playing in college. He spent one year at Southeastern Oklahoma State and one at North Texas.

“I was a knucklehead,” he admits. “I was bartending and having a good time. But I was a little worried I would wind up 30 years old with nothing but a bunch of good stories to tell.”

The morning of Sept. 11, 2001, Bromley was asleep after working until around 3 a.m. He woke to a phone call from his father.

“It was about 9 a.m.,” Will recalls. “He told me to turn on the TV.  I sat there for hours and watched all the news coverage. It was a pretty easy decision to join the Army. I wanted to serve and I wanted to take out some bad guys.”

“I was nervous when he signed up but I was also proud he decided to serve,” Ed Bromley said. “It turned out to be a good fit for Will. Everything happens for a reason.”

During his seven years of service, Bromley rose to the rank of sergeant and served two tours in Iraq.  Anyone who has served in the military knows that 99.9 percent of the time is spent training, waiting and training some more. The action is limited. Recent movies like “American Sniper” and “Lone Survivor” focused on individual experiences in the war on terrorism. The reality of being there is quite different.

“It was chaos, a mess, but it wasn’t hard-core combat; I was fortunate not to have much of that,” Bromley said. “You can’t tell who the enemy is and the most dangerous thing was the IEDs (Improvised Explosive Devices). You’d get done with your mission and the scariest part was the ride home.

“The frustrating aspect for a lot of guys was it was a lot of busy work.”

Serving in the Army and moving up the ranks helped Bromley mature. It also helped him meet his wife Tina. They met when Will was stationed in Germany for training. After a four-month whirlwind courtship – he was about to deploy to Iraq – they were married in April of 2003. They have two children; Emily is nine and Tristan is five.

“It takes an extremely strong marriage to survive a year’s deployment and a lot of marriages can’t survive it,” Bromley said. “I would have probably stayed in the Army if the deployments weren’t as long. But when you’re married and you start having children, that’s everything. You realize that you’ve got to take care of them.”

Bromley left the Army in 2008, returned to Forney and went to work for his father’s company. Service Fire & Industrial Inc. designs and installs fire sprinkler systems for commercial properties.

“Being able to work together is great,” Ed Bromley said. “I get to see him almost every day.”

Will Bromley understands that 9-11 was a turning point in his life as it was a pivotal moment in American history.

“While I was over there, I got my hands on some guys who did bad stuff,” Will Bromley said. “I’m proud as hell I was able to serve. The brotherhood you have with the men you’ve served with is priceless.”