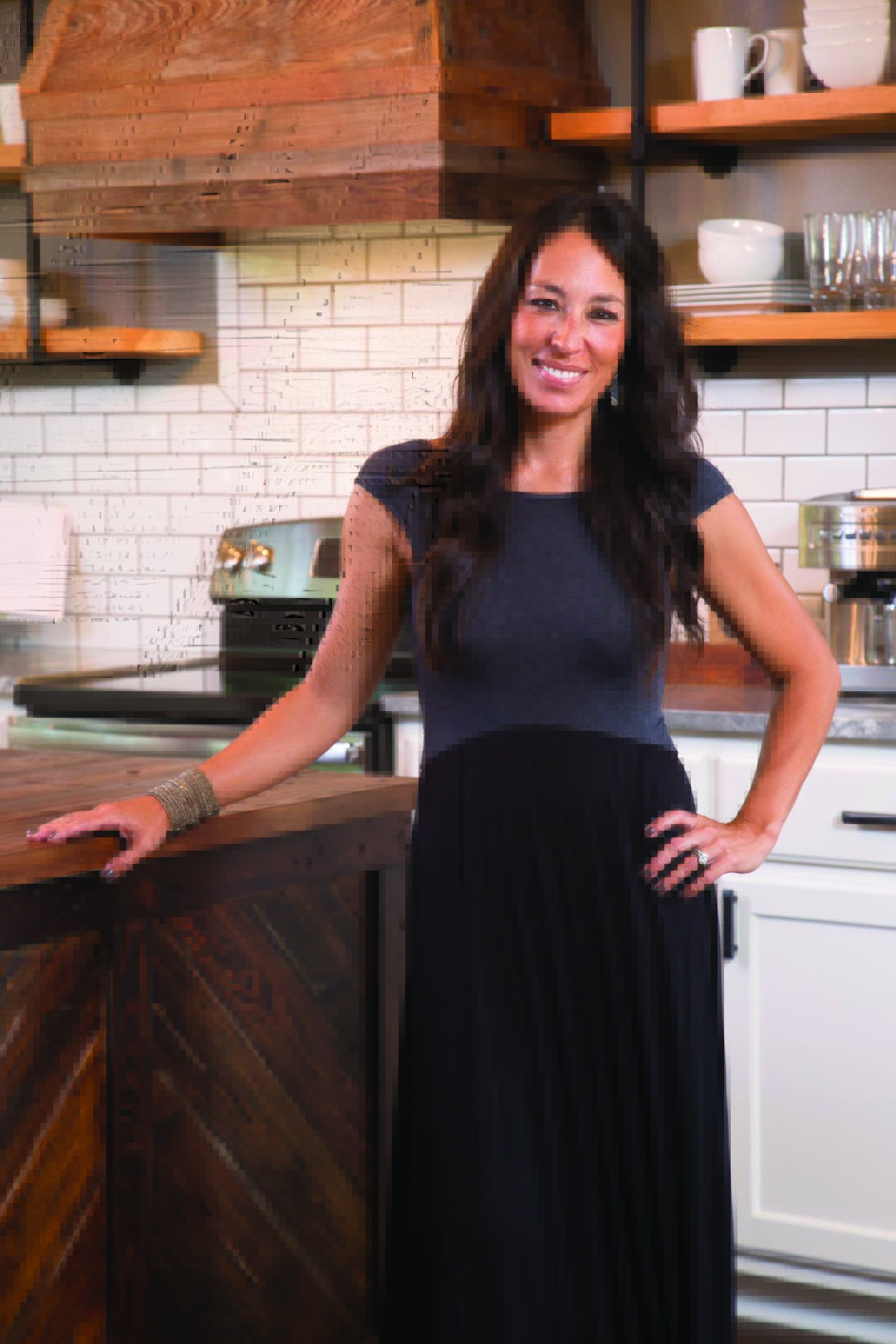 There’s a show on Home and Garden Television featuring a couple who takes the worst houses and turns them into some of the most warm and beautiful homes. If you’re into that sort of thing at all, you’ve heard of Chip and Joanna Gaines and their mega hit TV series, Fixer Upper. Now, I love all manner of home shows but from the beginning there was something different about this one. The dynamic of this husband and wife team was captivating. They had a sweet and playful spirit and the joy was outrageous. Their love for one another was evident. And, while they weren’t overt about their faith, somehow I knew they were people of deep faith.

This year the churches in their hometown of Waco came together for a single Good Friday service. I couldn’t help but wonder if all of heaven was in attendance because of the rare unity on display. I know The Lord was smiling. Joanna was there and shared a bit of her testimony.

Her mother was Korean and her father was Caucasian. She never really noticed anything different about herself until she attended school. One day in the school lunchroom she saw a sea of people and thought, “who is going to be my friend, who am I going to sit with?” She darted straight out of there and locked herself in a bathroom. It was in those moments, Joanna believes, the lie was sown; that who she was wasn’t good enough.

Thankfully, she outgrew her childhood insecurities and found good friends. She recalls when the Lord spoke to her and said, “Joanna, I have a calling for you, you’re going to have a platform one day.” She remembers thinking, “What does that mean?” And the Lord spoke to her heart that there would be a time He would tell her to step out and go and He would need her to go.

Joanna met and married Chip and he knew she had dreams of starting different businesses. But he also knew she wouldn’t step out and take the risk; she just dreamed about them. So he encouraged her to step out and they opened Magnolia Market together.

At the time she was pregnant with their second child, she felt the Lord calling her home to raise her babies. The last day, Joanna was crying as they were closing the shop down because she felt like it

was the end of a dream. Then she clearly heard God say, “Joanna, if you trust me with your dreams, I’m going to take Magnolia further than you could ever dream.” After that she felt completely peaceful and walked away.

Next came the call from the production company, then the show. Last year while on vacation, they ran across a beautiful park. Chip told Joanna, “I’m going to drop you off to just reflect on the year before and let God speak to you about what the coming year is going to look like.” Sitting under a tree Joanna felt like God said, “Joanna it’s time.” “Time for what?” Joanna asked. And He answered, “Time to reopen your store.”

May of last year they reopened the doors. People from all over the country come to Waco and shop online. And now Joanna looks back, “God, your promise that you spoke years ago, I’m now seeing. I’ve trusted you with my dream and you’ve taken it far beyond what I could have ever dreamed or imagined.”

There are times when God will ask us to give Him our dreams or lay things down. Those seasons can be painful because there is pruning that can go along, times of learning to trust, and let go. But the Lord doesn’t ask us to give something up without having something better in mind. It is to your Father’s glory that you bear much fruit. And, the fruit of your ministry is not confined to where you serve in church. Chip and Joanna Gaines are a display of His splendor for millions to see the beauty of a marriage in Christ. A priceless picture of the love the bride-groom Jesus has toward His bride.

Beth Moore writes, “Your ministry is the ever-accruing collection of your life works for the glory of God. It’s not about where you receive a paycheck; it’s the means by which you live out your divine purpose. It can take place in secular or sacred environments. In fact, God fulfilling in you what you were born to do can render a secular environment beautifully sacred.”

There are places in every area of our culture, especially in the places that might seem most dark to us like media or government, where God wants to give you a platform to shine light. Are you in education? God has given you an opportunity to bring life there. He’ll give direction and divine strategies, the way He directed Joanna. Your dreams were put on the inside of you by God. Like Joanna, when we place them in His hands, He is able to take them farther than we dare to ask, hope, think or imagine. No one else can fulfill them the way He does.