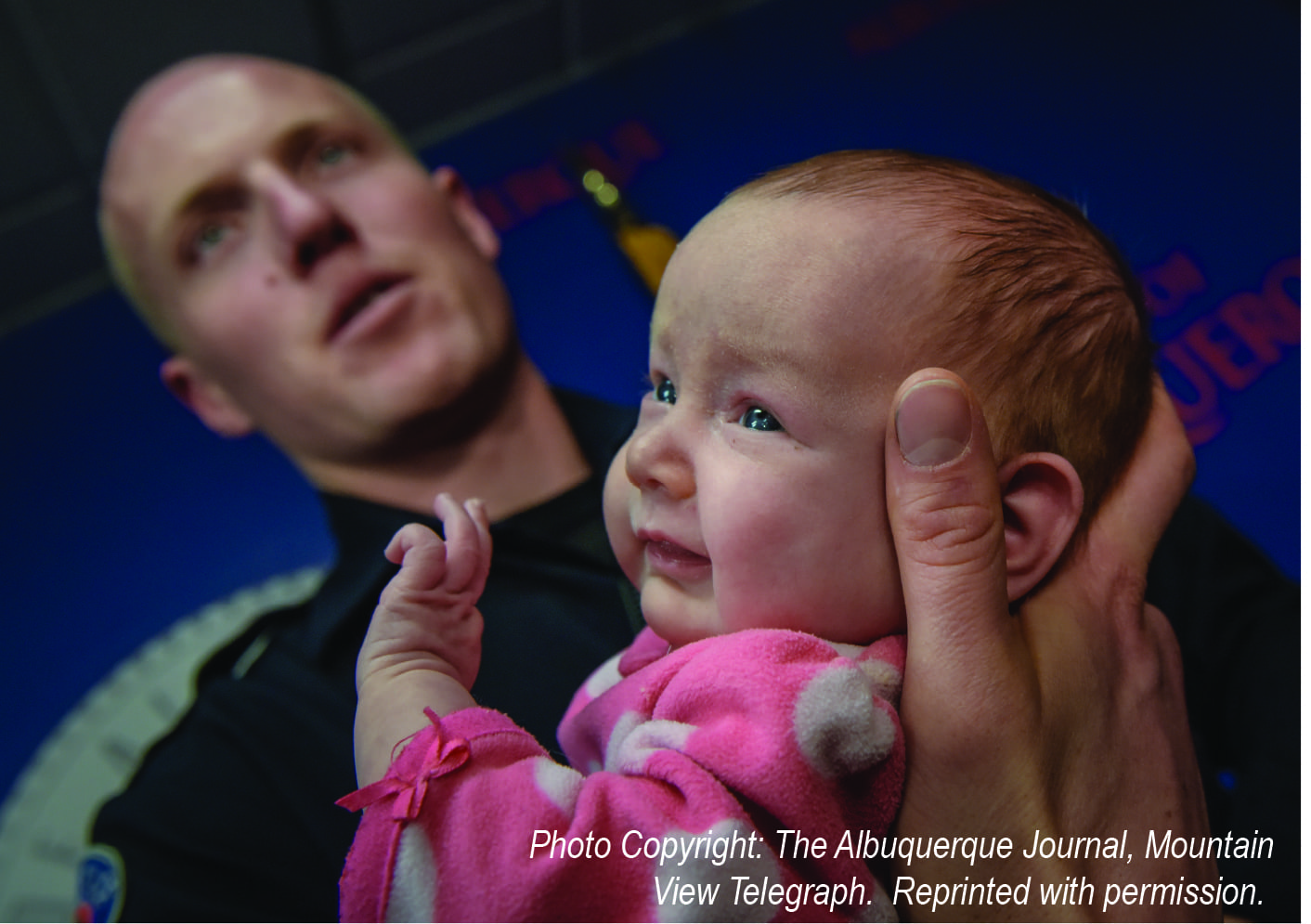 19 Apr DO GOOD BY MICHELLE WALLACE

Posted at 04:12h in Words of Truth by Steve Butler
0 Likes
Share

become defeated. The prophet Isaiah encourages us in this:

and thick darkness is over the peoples,

but the Lord rises upon you

and his glory appears over you.

Nations will come to your light,

and kings to the brightness of your dawn.”

We are light bearers in a world filled with deep darkness. We don’t deny the reality of darkness but we dispel it by overcoming evil with good. When you feel discouraged about tragedy and disaster, you can strengthen yourself by doing good. And look around to see others doing good. The darkness loses its power. Fear is cast out by love.

A recent story in the news brought great hope and encouragement. It could have been another day in the life for Albuquerque, New Mexico, police officer, Ryan Holets, but a routine call would change his life forever. Ryan had responded to a possible theft at a local convenience store. As he was leaving the store he noticed a couple sitting along a cement wall in the grass behind the building. They appeared to be shooting up heroin right there in broad daylight. He turned on his body camera before making his way over and caught the entire thing on film.

Ryan found a woman named Crystal and her companion Tom, shooting up and saw that she was pregnant. As a father of four it took Ryan back. “It’s not every day I see sight like that. And it just made me really sad,” said Ryan. He asked how far along Crystal was. When she told him she was seven or eight months, Ryan just said, “Oh my gosh.” He then followed with a stern re-buke, “Why are you doing that stuff? You’re going to ruin your baby. You’re going to kill your baby.” In that moment Crystal, who had given up on life, was left feeling judged. She broke down in tears and thought, how dare you judge me, you have no idea how hard this is. Crystal said, “I know what a horrible person I am, I know what a horrible situation I’m in.” But in a moment something changed. Crystal recalls Ryan’s entire being changed.

Ryan explains, “Realizing that she was desperately wanting someone to adopt her baby, I just felt God telling me, ‘tell her that you will do it, because you can. You can.’ I’ve gotten tired of seeing so many situations where I want to help but I can’t. And in that moment I realized that I had a chance to help.”

Crystal gave birth just three weeks after this providential day. Ryan and his wife agreed to adopt the baby they would name Hope. For those who trust in God, hope is defined as confident expectation of something good. Baby Hope suffered through weeks of withdrawal and medical treatment but started gaining weight and is doing very well.

Crystal and Tom were living in a tent alongside a highway. She understood this was no life for her baby. “Her father and me love her very, very much. We did not give her up because we didn’t want her,” Crystal said.

Crystal believes Ryan and his wife can offer Hope the life she deserves, to be safe and secure, to be in a family and be loved, to have a chance. It is easy to focus on Ryan’s bravery and courage to adopt baby Hope but Crystal also displayed selfless love to give life to Hope and allow her to be adopted.

Ryan said, “I am so thankful, and blessed, and humbled to have Hope in our family.” Ryan knows there were no coincidences involved in meeting Crystal. His simple yes to the voice of God has significance beyond anything we can comprehend. He and his wife were invited to the State of the Union address where they were honored by the President.

“Ryan Holets is 27 years old, and an officer with the Albuquerque Police Department. He is here tonight with his wife, Rebecca.” President Trump then recounted the story of a Ryan and Crystals encounter. Ryan and his wife stood with Hope to applause and millions of people were inspired by their story. The ripple effect was far reaching.

Ryan shares an update on Crystal and Tom, “After a tremendous outpouring of support from across the nation, a rehabilitation center stepped forward to offer full scholarships to their facility. Their decision to enter recovery was not easy and it was clear that the decision would have to come from within them. I am now elated to share that both Tom and Crystal decided to do so and have begun the long road to freedom from addiction. They are committing themselves heart and soul to this process and I am very proud of them both.”

I pray with hope for Crystal to be free. For her to see her heavenly Father’s love for her, that His desire is the same as the one she has for her own child…To be safe and secure, to be in a family and be loved, to have a chance.

Ryan’s story is a display of Psalm 37:3 to trust in the LORD and do good; dwell in the land and cultivate faithfulness. What if we all had a yes in our heart to do good, even before we hear His voice? What if we were brave enough to love when it’s hard, to have hope in the face of great challenge and opposition? Ryan said, “We’ll be there for her and whatever struggles that she has, we’ll be there and we’ll work through it. And that’s what makes me happy. That we’ll be there for her.”