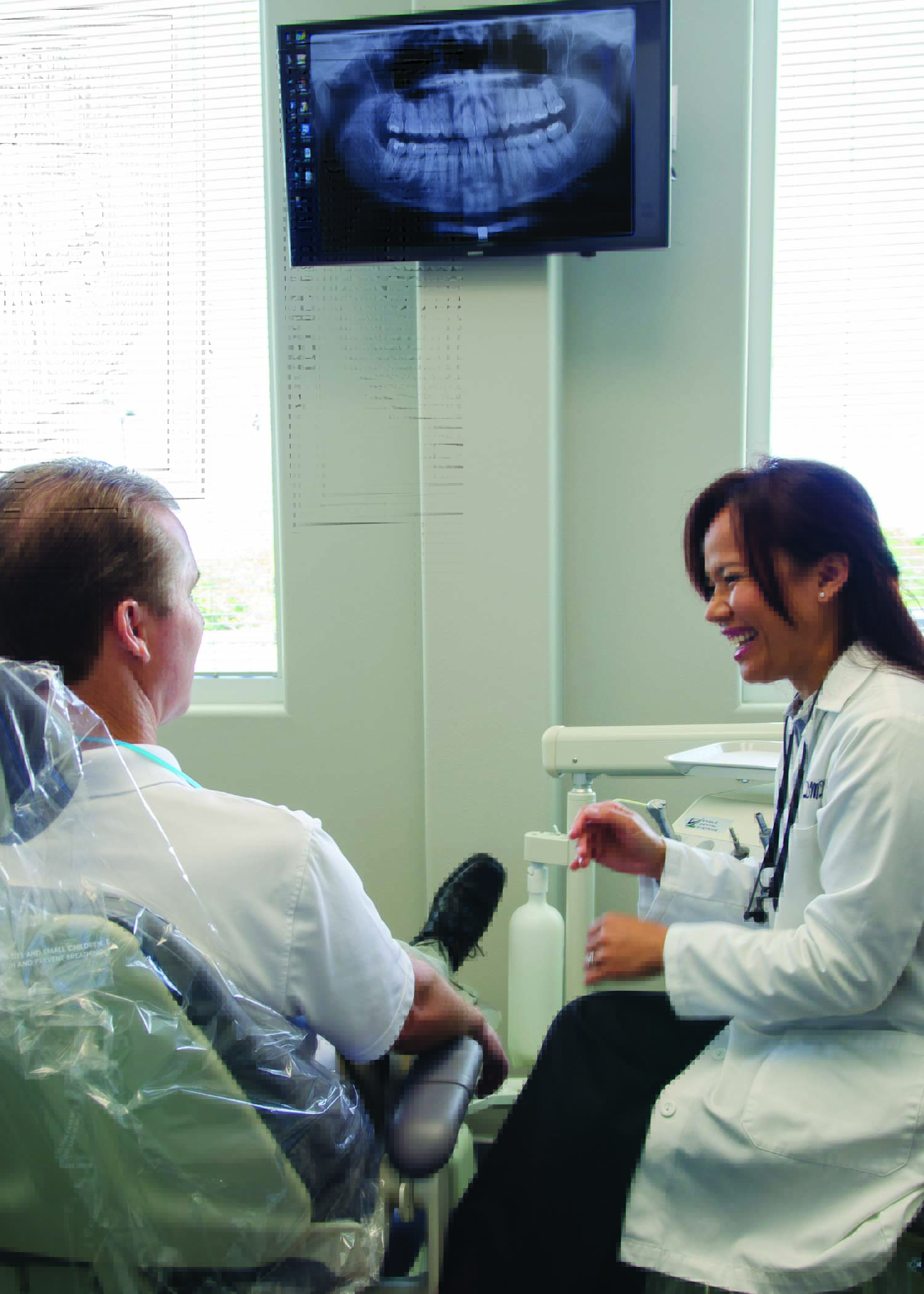 Regardless of the politics that drive the rhetoric involving immigration and refugees, it’s important to recognize that these are individuals who are often trapped in inhumane circumstances.

For many who can escape, the promise of a new life brings them to the United States. They could be your neighbor, your bank teller, your pharmacist … or your dentist.

That’s the case of Dr. Thanh K. Hong who opened Frisco Smiles Dentistry (2955 Eldorado Parkway, Suite 110) three months ago. How she arrived here is a story of courage and perseverance – even though she tells it with a smile and an optimism that belies the dangers she overcame.

Thirty years ago, Hong, the youngest child in her family, was living in Vietnam. The Vietnam War had ended a decade earlier but life in the reunited country was brutal. An older sister had fled in 1981 and resettled in Texas.

“We paid someone to smuggle us out of the country at night,” Hong remembers. “They told me I was going to see my sister. All I knew about the United States was there was green grass and kids get to jump on big, bouncy beds. I was close to my sister, so I got excited that we were going to see her again.”

Hong’s 18-year-old brother, her 25-year-old sister, and her sister’s six-year-old daughter made up the foursome. Their journey/adventure would seem to be the stuff of nightmares. A bus ride … a boat (“stay low and don’t talk”) … crossing the border into Cambodia … staying at a stranger’s house for two weeks … another bus ride … then, their “guide” left for supplies and never returned.

Hong’s sister was determined to continue and she used some gold from a necklace to get help from people they met along the way.

“They told us to keep on walking, toward the setting sun,” Hong said, laughing. “So, the four of us continued walking.”

Four days later, lost and hungry, they ran into a friendly group of Khmer Rouge rebels. Then, more walking to reach another group of Cambodian militants who were better equipped to take care of the four wanderers.

“The first of the militants that we met had a bag over his shoulder,” Hong said. “He told us how lucky we were. He had just picked up mines that his unit had placed in the area where we had been walking.”

As they continued, they were given a body bag to serve as shelter. They often ate just a handful of rice. They walked paths lined with mines and bodies to step over. And crossing rivers meant leeches.

“My older sister was very brave and protective that I don’t ever remember feeling scared,” Hong said.

Their eventual goal was to reach a refugee camp in Thailand. Three months after they left Vietnam, they reached the camp. Hong and her relatives were able to stay together in a straw hut. Teachers who were also refugees conducted classes. That helped pass the time … for two-and-a-half years. After mountains of red tape, the Hong foursome left for the Philippines for eight months of assimilation before arriving in Irving, Texas to reunite with her sister.

In August of 1989, Hong started eighth grade – perhaps the most traumatic aspect of her journey.

“I cried a lot because I had no idea what I was going on,” Hong said. “The kids on the bus teased me a lot about my English.”

Hong explained that she was brought up bi-lingual, speaking Vietnamese, her native language, and Cambodian. That helped her pick up English quicker.

“Education has always been a strong foundation in our life,” Hong said. “At the least, the kids in our family are expected to go to school.  My family brought me up to be a confident person.”

That confidence led to success in the class room.

“Science and math were easy to me,” Hong said. “My sister had wanted to be a doctor and always encouraged me to keep making good grades. It seems natural that I chose to pursue a career in healthcare.”

Hong had a chance to attend UT-Austin but chose to attend UT-Arlington to stay closer to her family. She majored in biology and graduated in 1998 but her first jobs out of college weren’t satisfying. She had worked during college as an orthodontist assistant and in 2003 applied for dental school at Boston University.  She  graduated  in  May  of  2007 and  followed  that  with  a  year  study of  advance  education  in  general Dentistry in Boston.

“It was a challenge because I had never been away from home and on my own,” she said. “I met my husband in Boston. I left Texas as a single person. I came back with my dental license, my husband and our two boys.”

In 2013, they moved back to Texas and settled in Frisco, where she now calls home, to be among her family and community.

The ribbon was cut for the grand opening of her dental office on April 23. Approximately 30 years after her incredible journey to freedom and the United States began, Hong has a small family of her own, a career, and her new dental practice. Seeing Dr. Hong now in the impeccably white lab coat and immaculate office, it’s hard to believe that she once hid from pirates and trekked the jungles of Cambodia.

“Looking back on my journey now, I’m incredibly grateful to have survived against all odds. More than a million of Vietnamese refugees didn’t. But I am glad I have the chance to pass on their stories, many of which are my own, with the community now,” Hong said.

Dr. Hong prides herself on keeping current on the latest dental practices and procedures. Here are some examples of what Frisco Smiles Dentistry offers: