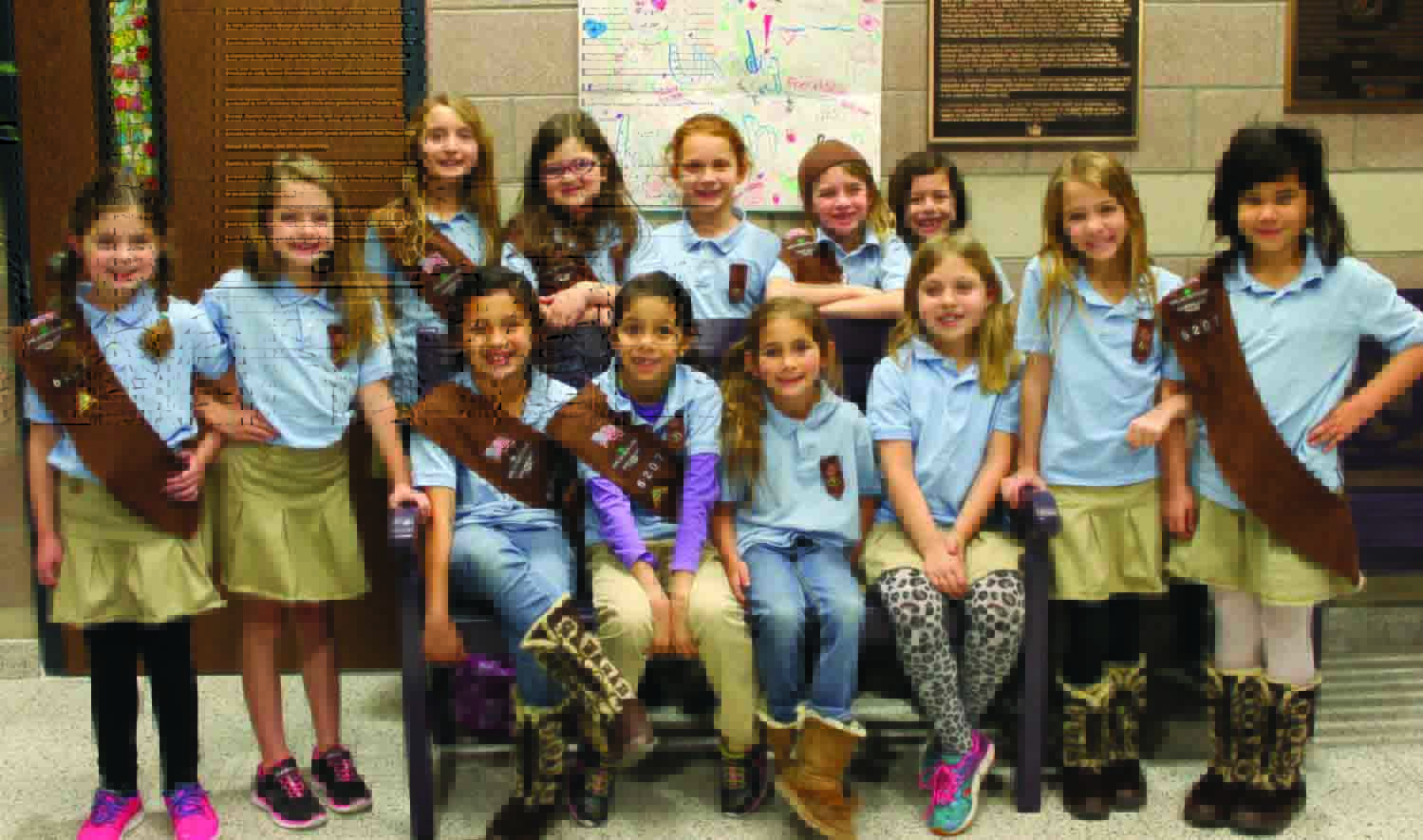 The growth and development of people is the highest calling of leadership.         -Harvey S. Firestone

Prosper is growing at an undeniably fast pace. According to Sam Blatt at the Prosper Economic Development Corporation, our population has grown from about 4100 to over 15,000 residents in the last ten years.

With such growth comes a continuous feed of new students to our schools. Prosper ISD is always looking for ways to help welcome these incoming students, and thirteen first and second graders from Cockrell Elementary and Girl Scout Brownie Troop #6207 are helping make a difference.

The girls heard about a boy named Christian in York, Pennsylvania, who began a “Buddy Bench” program in his school. According to his website (buddybench.org/us/christians-story), he “knew that there were some kids who felt lonely at recess and he thought this would put an end to that!”

As a brand-new troop, themselves, as of August, 2014—and in keeping with a key tenet of the Girl Scouts to promote “safe and healthy living, reducing bullying and relational aggression”—the girls set out on a similar mission. At a “get-to-know-each-other sleep-over,” they discussed how buddy benches might help build relationships with students in their school. As troop leader Mickey Gunn recalls, “The girls talked about how they felt lonely or left out at times, so the idea of the buddy bench was established.”

The girls gathered information to support their efforts and, with the support of Gunn and troop leader Mandy Goddard, they presented the idea to the Cockrell Elementary administration.

Counselor Bridgette Miller loved the idea. “This would be a wonderful way for someone to indicate they would like to engage in conversation with another, or play with others who felt alone,” she says. “This could help new students, or students who feel left out, or are in need of a friend.”

Once the plan was approved, the troop actively began making creative posters to promote their goal to buy the benches, and began selling “buddy grams” to their fellow students. Within two weeks, the ambitious girls had raised enough money to buy benches for every playground at the school. As Gunn explains, “The girls were bothered by the idea of limiting the number of buddy benches, so they chose to buy three so no one would feel left out.”

Since their arrival at Cockrell Elementary, the buddy benches have been the buzz of the school. Students and teachers alike have noticed an increased effort to reach out to one another and to seek out those who may need a friend. And Troop #6207 knows they have achieved their goal when they see fellow classmates share their appreciation for the buddy benches, as written in the letter.