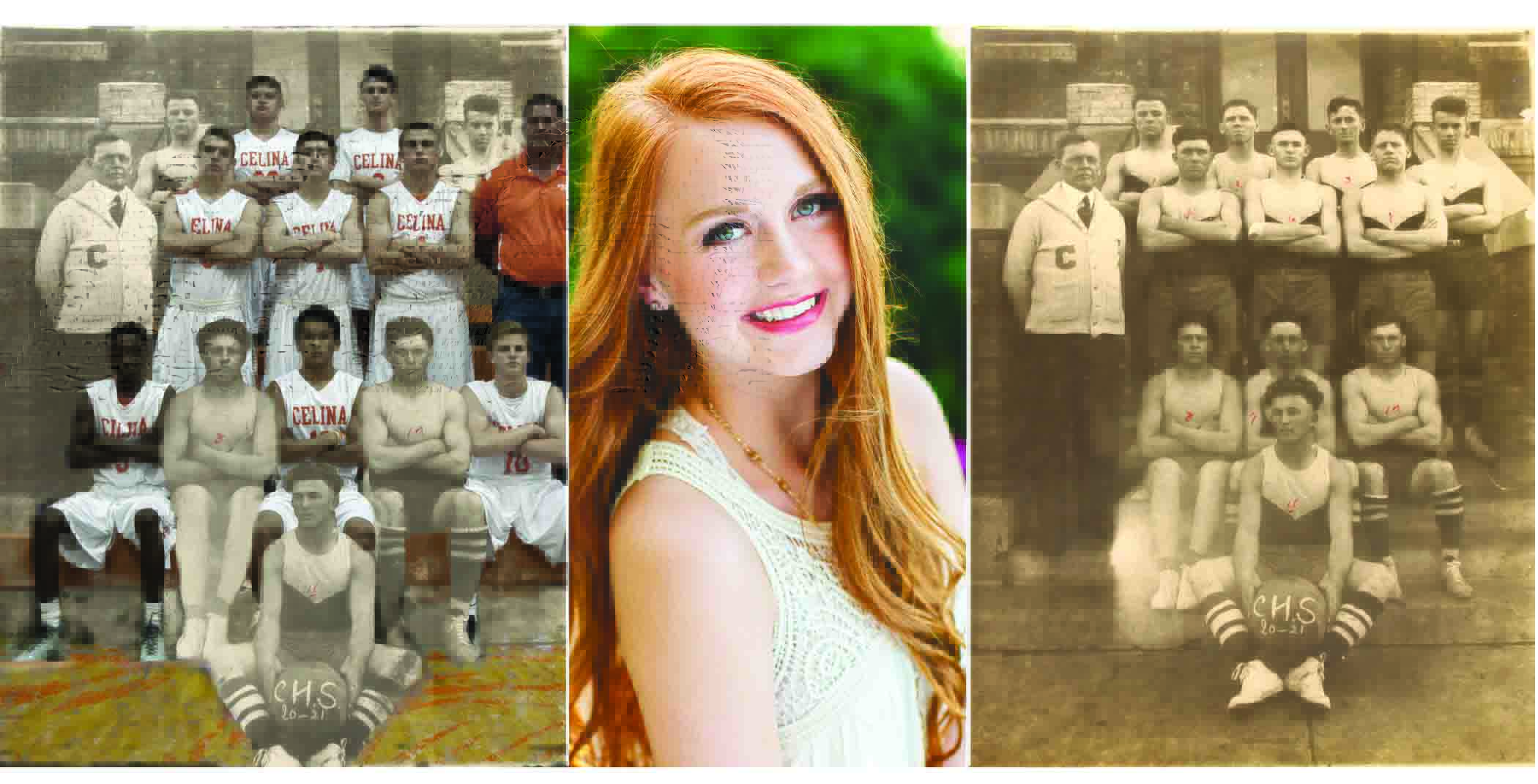 Visiting my grandparents on their farm in Oklahoma was always a treat for this city girl. As much as I loved riding horses, playing with the dog and spending cherished time collecting eggs from the henhouse with Papa, my level of anxiety would begin to rise as the sun began to set.

I wasn’t afraid of the dark, but I let my grandparents believe that I was because I didn’t want to hurt their feelings. I couldn’t tell them that I was afraid of family photographs adorning my bedroom walls. Hundreds of black and white tintypes filled with faces seeming to carry no history of happiness, dark eyes that followed you around the room and those penetrating stares – you knew they were watching!

These images flashed through my mind last April when I met with the Celina High School Art Department to discuss ways of sharing student-created art with the community. CHS Art Teacher Ashley Schupp shared two photographs created by one of her photography students, that she felt would make an impact on the community.

After sharing the photographs with Celina ISD Superintendent Mr. Rick DeMasters, he commissioned Mrs. Schupp and Ms. Weemes to work on a series of images that would portray not only Celina’s history, but also its future. The prints were mounted on museum-quality canvas to adorn the walls of the CISD Administration Building. The first stop for the pair was the downtown Celina Museum, where they received much guidance from Mr. Ralph O’Dell. They looked through hundreds of pictures from Celina’s past, finally settling on eight that they could re-enact.

Next came the fun part: finding the exact location where the photo was taken several decades ago. Three of the pictures depicted downtown scenes, which were easier to shoot for present day because the building structures appear much like they were in 1940. Now, the brick exterior is adorned with neon signs above the present day businesses. Sports pictures took more planning because the athletes had to be in uniform and posed exactly as in the original photograph.

Once all the present day photographs were taken, the real magic started. Caitlin worked with Mrs. Schupp and using Photoshop, showcased the best parts of the old photographs while blending parts of the new to create the best composition. This took many hours to perfect, all while working around Caitlin’s summer camp counselor schedule.

The finished prints were presented during the CISD School Board meeting this past July. Walking the Main Street hallway of the CISD Administration Building, one cannot help but notice the history that is uncovered in each and every print. Listening to conversations stirred by the pictures, it is a trip down memory lane, while at the same time educating those who are seeing for the first time the richness of Celina’s past.

Caitlin Weemes is a freshman at the University of Oklahoma with plans to major in Computer Science with a minor in photography. She is a member of the 2016 pledge class for Kappa Kappa Gamma sorority.