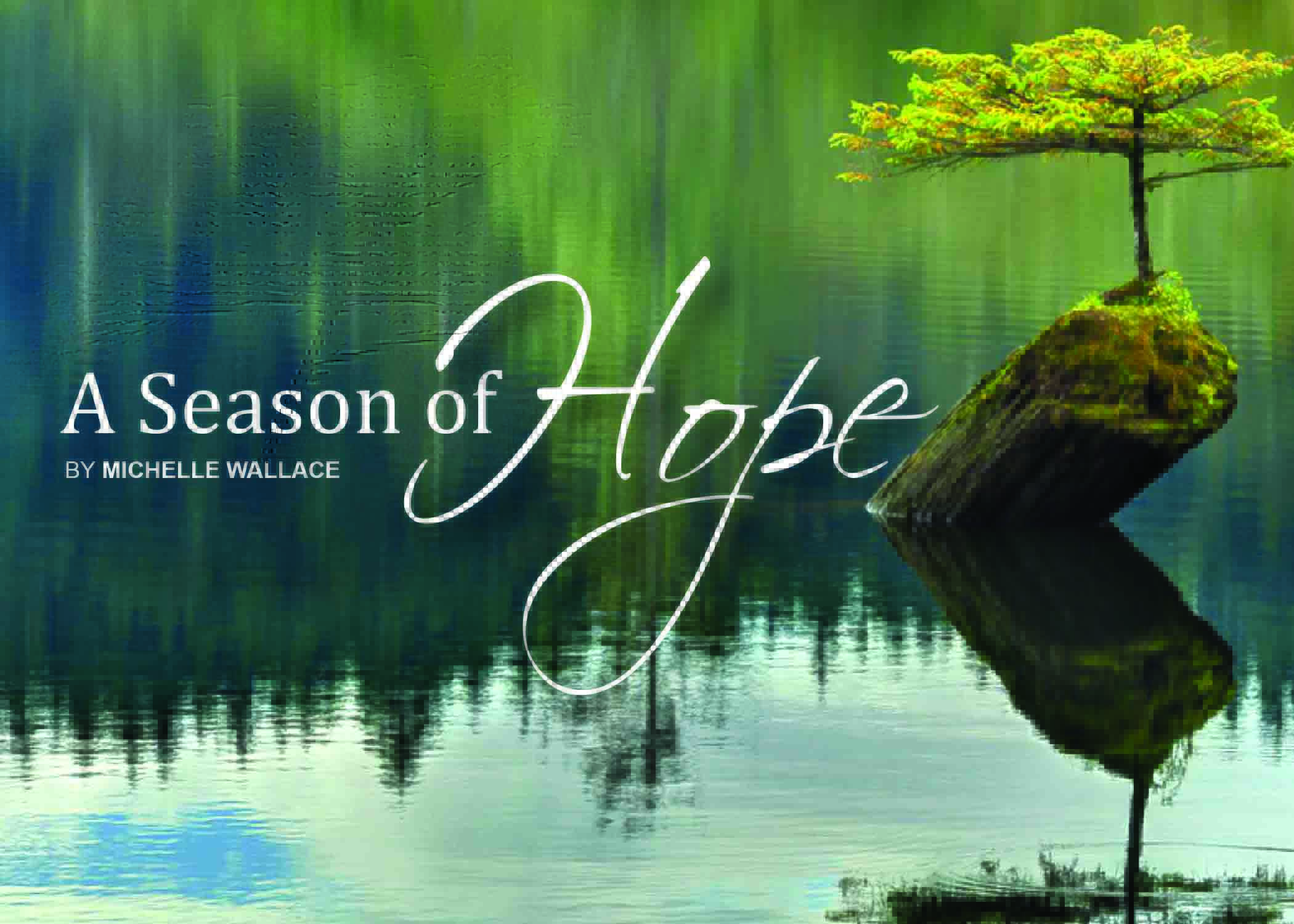 04 Oct A Season of Hope… By Michelle Wallace

My husband and I had two children. Today, along with my son and daughter, I have a son-in-law and countless spiritual sons and daughters. But we didn’t start out that way. Lifestyle choices I made as a young girl caused barrenness. A doctor looked at me when I was in my early 20s and said, “You will never bare children.” That news would have broken me but I had a promise from the Lord. The day He reached down to save me from myself, He said, “Follow Me, and I will make you fruitful and multiply you.” At the time, I wasn’t exactly sure what He meant, but to me, multiply meant that somehow we would have children. I certainly wasn’t opposed to adoption. But, sometime later, I checked with another doctor and many of the issues I had were miraculously gone. However, we still struggled with infertility. Through many trials, losses and tears we persevered and I gave birth to our daughter. Six years later we had a son.

Sometimes, we see barrenness in any area of life and become hopeless. God created everything in the physical universe from nothing. Barrenness is just God’s starting point. He spoke and created light. He breathed and there were stars.

Hannah lived in a time when barrenness was the ultimate tragedy for a Hebrew woman. While not sanctioned by God, It was customary for a man to take another wife if his first wife was barren. Hannah could not conceive but the other wife had children. To add insult to injury this woman taunted and provoked Hannah. In her distress, Hannah cried out to God. Rather than grow bitter, she modeled humility and dependence as she asked God for a miracle. I’ve heard it said the only thing greater than dependence on God is complete dependence on God.

My commentary explains that God used the burden of Hannah’s heart to bring a surprisingly larger solution to a burden of His own heart. “Barrenness was not only Hannah’s condition, but the nation of Israel’s condition as well. It was a season of spiritual need and with little prophetic activity (1 Samuel 3:1), and God sought a voice to speak on His behalf to His people. Hannah could not know that her intense intercession for a child was moving in concert with God—bringing her a son, but also bringing forth the will and blessing of God for a whole nation.”

Some people view God as an angry Father. Maybe that’s been the model they’ve been shown by an earthly father. Nothing could be further from the truth. God is love. Redemption is always the heart of God. Just as he personally reached out to me when I was on a path of destruction, He reaches out to nations. He says, “Today I have given you the choice between life and death, between blessings and curses. Now I call on heaven and earth to witness the choice you make. Oh, that you would choose life, so that you and your descendants might live!”

When I look at barrenness now I remember His faithfulness. I recall that His dreams and desires for me are bigger than I could ever imagine or dream for myself. And I bring my heart and mind into alignment with His heart. It is to my Father’s glory that we bear much fruit. Barrenness is just His starting point. He looks at a pile of dead dry bones In Ezekiel and charges him to speak to the dead bones to come to life. Ezekiel watched as muscles and flesh formed over the bones. Then skin formed to cover their bodies, but they still had no breath in them. God told Ezekiel to prophesy again. He spoke and breath came into their bodies. They all came to life and stood up on their feet—a great army.

Then he said to Ezekiel, “Son of man, these bones represent the people of Israel. They are saying, ‘We have become old, dry bones—all hope is gone. Our nation is finished.’”  And God called Ezekiel to prophesy again! God would restore the people and their nation. I imagine the Lord smiling when He said, “Then you will know that I, the Lord, have spoken, and I have done what I said. Yes, the Lord has spoken!”

Now, I prophesy over those of you reading this message without hope. God has great and precious promises over your life. Perhaps they’ve been a long time coming and your hope is fading or gone. This is a season to hope again, believe again. When things are impossible, like Hannah, in humility and dependence, ask God to do what only He can do.

I woke up to these words from a song by Matthew West recently:

“When you see broken beyond repair, I see healing beyond belief…So hold on, it’s not the end. No, this is where love’s work begins. I’m making all things new and I will make a miracle of you.”    — (Matthew West, Mended)