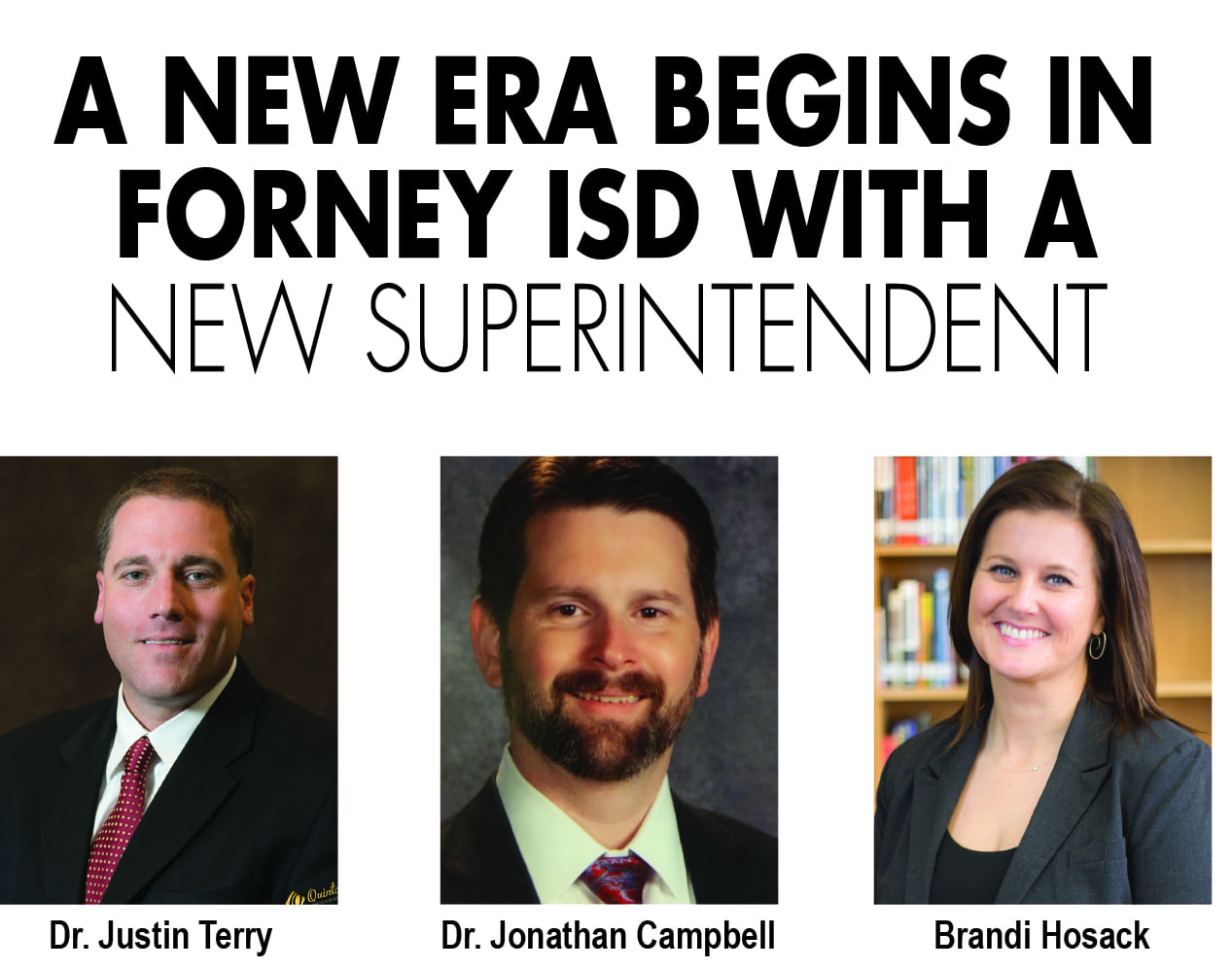 When students return to the classroom on Monday, August 20, 2018, they will be entering a new era for Forney ISD. Beginning with the 2018-19 school year, the District will be under the leadership of a new superintendent, Dr. Justin Terry.

The Forney Independent School District Board of Trustees announced the hiring of the new superintendent for the District during a board meeting on Thursday, Feb. 22, 2018. The board unanimously approved Dr. Justin Terry who had held the position of Deputy Superintendent for Forney ISD for four years. Dr. Terry replaces Suzanne McWilliams who retired at the end of the 2017-18 school year.

“It is an honor to be named the Superintendent of Schools for this incredible District,” Dr. Terry said. “I am honored to work with the amazing people who make up Forney ISD. My family and I call Forney home, and we are proud to be a part of this wonderful community. I look forward to continuing our journey together to make Forney Independent School District a premier learning community.” Dr. Terry has more than 18 years of experience in education. He joined Forney ISD in 2013 as the Assistant Superintendent of Accountability and Learning before being named the District’s Deputy Superintendent in 2014.

Dr. Terry received his Bachelor’s Degree in Mathematics and Kinesiology from East Texas Baptist University in  Marshall, Texas and he earned his Master’s Degree in Educational Leadership and Policy Study from the University of Texas in Arlington. He earned his Doctorate of Education from Texas A&M Commerce. He has a Texas Superintendent Certification, a Texas Principal Certification, a Texas Teacher’s Certification in Mathematics, an Instructional Leadership Development Certification and a certification in the Professional Development and Appraisal System and the Texas Teacher Evaluation and Support System.

Dr. Campbell comes to Forney ISD from Whitehouse High School in the Whitehouse Independent School District in Whitehouse, Texas. During his four year term as the principal at Whitehouse High School, the campus has seen double digit gains in mastery level performance on all End of Course state  exams. Dr. Campbell has also implemented character and mentor programs for both students and staff. He is a certified ALICE safety trainer and his consistent positive discipline management approach has yielded a reduction in discipline referrals by more than 65 percent in two years.

Hosack comes to North Forney High School from W. Charles Akins High School in the Austin Independent School District in Austin, Texas where she led the school to national recognition. She was named the 2017 Principal of the Year by Austin ISD and U.S. News & World Reports ranked Akins High School as one of the Best High Schools in the Nation in 2017.

Since being named the principal at Akins High School in 2015, Hosack has increased the graduation rate by seven percent, decreased the dropout rate by 70 percent and decreased home and in-school suspensions by 45 percent.

Forney ISD projects more than 10,500 students at the start of the 2018-19 school year, the largest enrollment ever since the district was formed in 1899.