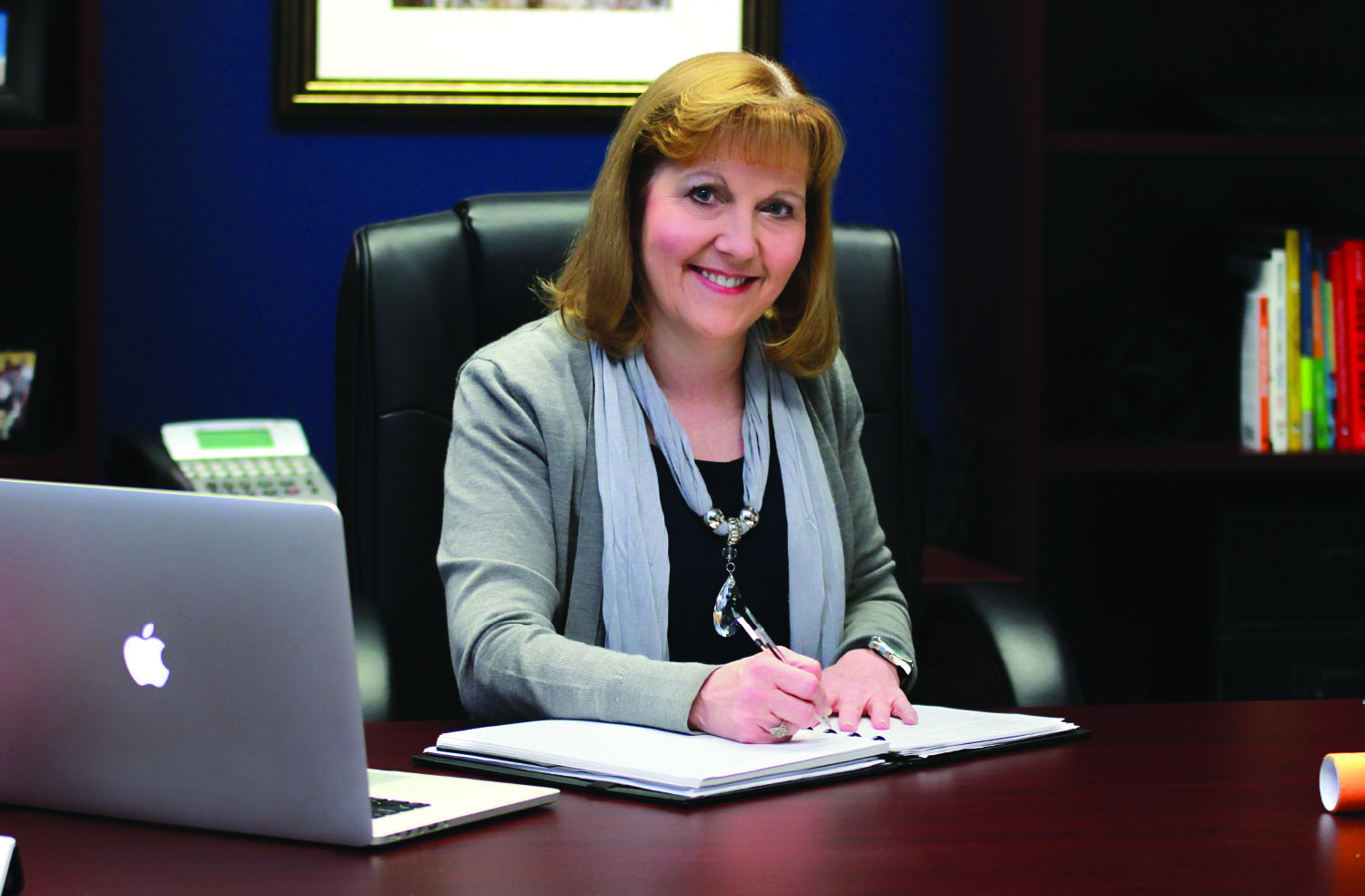 “The basics are here to have a really premiere campus that people talk about—a campus where people want their kids to be. I think we need to learn how to ‘toot our own horn’ a bit more, and to get the word out about how great a place LEHS is for students and staff.”

Principal  Renee  Pentecost  may be new to Little Elm High School, but  she  brings  with  her  six  years  of  leadership  experience.  Before  coming  to LEHS, she served as assistant principal at South Garland High School and Sam Houston Middle School.

Her switch to LEHS has been great so far. “I have felt welcomed by the community, parents, students, and staff. It really feels like home,” she smiles.

With any new leader comes new ideas, and Pentecost is no exception. “There are great students here who are working hard and doing good things,” she says. But she believes that certain important aspects of the high school can be improved.

“We compete on the athletic field, and we compete with our fine arts programs,” she  explains. “I want to see us also compete academically.”

To that end, Pentecost is collaborating with the middle school principals to work towards participation in the Texas Academic Decathlon (TAD)—a rigorous academic team competition supported by local business sponsors. They are seeking out coursework for a new middle school academic pentathlon class that would carry over into a high school academic decathlon class.

“All students—whether academically gifted, gifted in fine arts, or gifted athletically,” she believes, “need an avenue to put those gifts to the test and compete if they want to.”

Pentecost also hopes to introduce rewards for high school students who excel academically. “We do not have a robust offering of scholarships for our students,” she explains, describing  certain older campuses where, “over the years, there have been faculty members, former students—people who were important to the school—that endowed a scholarship. Then those scholarships were available year after year.”

She has “started small” with a fund that will allow LEISD to award small scholarships to graduating seniors. Earlier this year, former student and recording artist Taylor Epps performed a scholarship benefit concert for the student body; the proceeds from ticket sales will be placed into a scholarship fund.

“I hope that grows into local businesses contributing,” says Pentecost. “I’ve also talked to parent groups to brainstorm various options, such as community members who might be interested in starting an endowed scholarship in the name of a former administrator or teacher.”

Pentecost admits that the high school faces challenges which cannot be ignored. Student growth has remained steady. Approximately 80 new students have enrolled since the beginning of the school year, increasing enrollment to 1,866. A Templeton Demographics report predicts a 9% growth rate, for a total enrollment exceeding 2,000 students in the 2015-2016 school year.

In addition to the other challenges posed by growth, “we are currently discussing ways to address our campus cafeteria, which we have already outgrown,” she says.

As LEHS continues to grow, Principal Pentecost sees its tremendous potential, and is excited to be a part of the Lobo culture. “The basics are here to have a really premiere campus that people talk about—a campus where people want their kids to be. I think we need to learn how to ‘toot our own horn’ a bit more, and to get the word out about how great a place LEHS is for students and staff.”