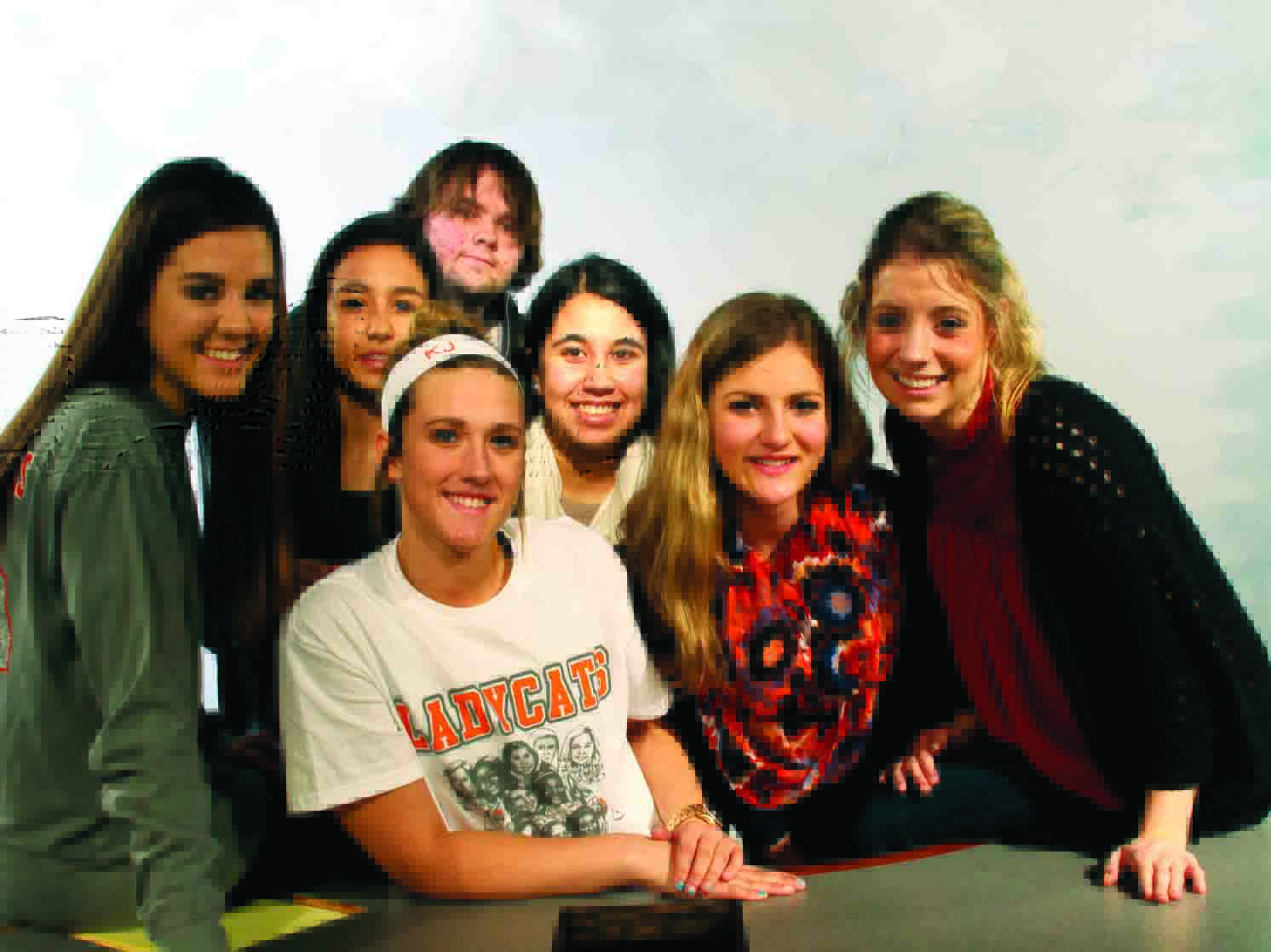 Celina High School journalism and audio/visual (AV) instructor Mr. Kent Smith is only in his first year with the district. But his impact during this short time has been staggering, as demonstrated by the “nineteen and counting” student awards gracing the wall of his classroom.

In January, Smith’s students submitted short films to the UIL Young Filmmakers Competition. For the first time in Celina history, two of the animated short films received superior ratings, while a third placed in the top twenty-five.

Smith has also been preparing a team of CTV students to compete at the Student Television Network National competition in San Diego. The first day includes a competition that will raise your stress level just reading the directions! The students will have eight hours to create an eight-minute short film that fits an assigned title and that makes prominent use of a given prop. During that time, they will write the script, film, edit, add titles and graphics, and submit the finalized version.

Over the next three days, the team will compete by creating films in the following categories: original movie trailers, commercials, music, and sports highlights. This competition will create a lasting impression, plus provide insight for future competitions.

Smith’s team recently took first place in all four journalism writing categories at the Denton Ryan Invitational, more than doubling the closest competitor’s score. Their win is especially impressive considering that they were competing against nationally-ranked 5A and 6A programs, including Argyle.

Smith credits the change in his students’ mental approach. “Our journalism team alone has twelve trophies at the moment, but I know it will crush them if we don’t send several to regionals,” he says. “I have a few who are really set on making state, and have asked me to push them as hard as possible to get them there. That certainly wasn’t the attitude at the beginning of the year.”

Smith began a career as a professional sports writer, and might have continued down that path. But after his grandmother passed away from cancer, Smith returned to school to fulfill his promise to her that he would finish his degree.

Since then, his string of nationally-ranked programs has taken him from the inner-city schools of Little Rock all the way to prestigious Highland Park. Before coming to Celina, he started the Hebron High School broadcasting program from scratch, actually building the sets himself. Finally, working weekends, summers, and holidays prompted him to seek an early retirement.

Never one to sit idle, even in retirement, Smith wrote several books, opened his own publishing company, and a completed successful book-signing tour. When the Celina position was posted, he knew that this was the one and only school that could tempt him to return to the classroom.

“This place reminds me so much of where I grew up,” Smith says. “The people here are the kind of people I want to be associated with. This will be the last place I teach.”

It is difficult to count the awards, honors, individual championships, and nationally-ranked students Smith has taught over the years. And the way his Celina team is shaping up, he had better start looking for a larger wall!